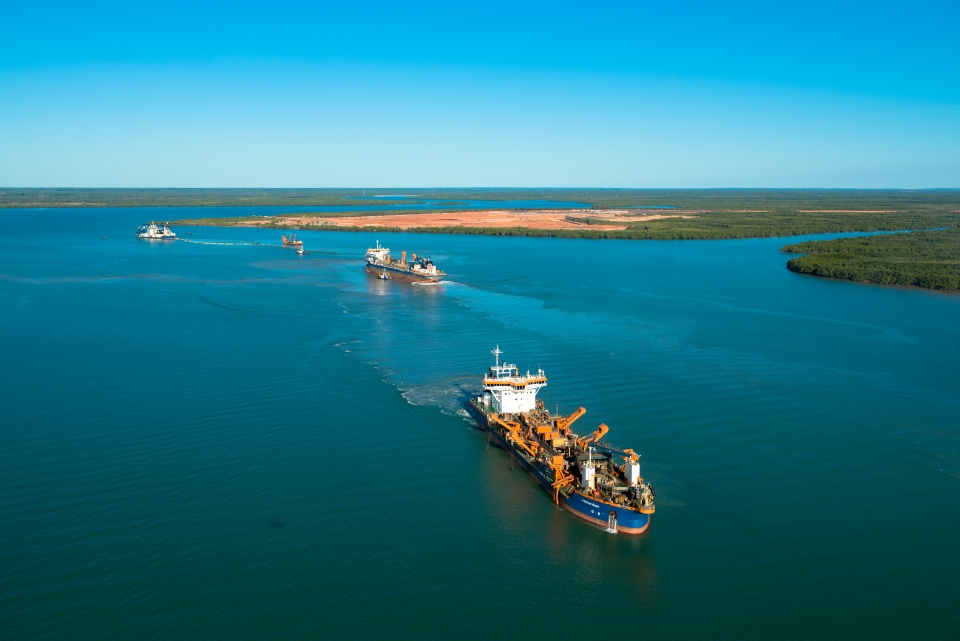 Van Oord and DEME have been awarded a contract from Allseas in support of the Darwin Pipeline Duplication Project, located offshore Northern Australia. The joint venture will be responsible for providing support for the shallow water pipeline installation scope in Northern Territory waters including trenching, pipe pull operations and rock placement works.

Van Oord and DEME will carry out trenching, pipe pull operations and prepare the shore crossing at the landfall location near the Darwin LNG plant. Additionally, rock placement works will be performed to protect the pipeline.

A cutter suction dredger, trailing suction hopper dredger and backhoe dredger will be deployed for this project, as well as a fallpipe vessel for the rock placement works and a linear pulling winch for the pipe pull. Project preparations will commence immediately.

DEME and Van Oord have worked together in Australia before, such as on the LNG project Wheatstone and the dredging project Gladstone. Van Oord was also involved in the Ichthys LNG project in the Darwin Harbour.