Kites at sea as an alternative to wind turbines? 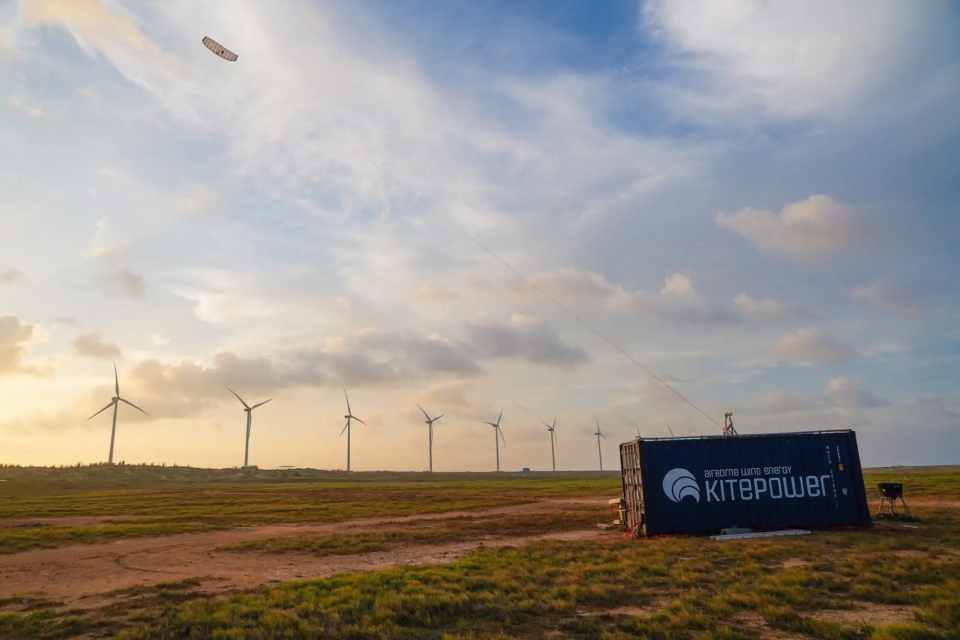 Although for now, Kitepower is targeting construction sites, refugee camps and festivals with its mobile kites that generate electricity, for the future, the company is considering a large-scale kite park at sea. To achieve this, the Dutch start-up is researching kites capable of generating up to several MW.

The start-up has designed a mobile airborne wind system (AWES), which is cheap to make, very practical, easy to move and able to generate energy even in low wind conditions. So far, Kitepower has collected about seventy per cent of the investment money it needs through crowdfunding. With the money, Kitepower aims to provide short-term solutions for refugee camps, construction sites and festivals.

The kite is fitted into a standard container and can be installed within just a few hours. The Dutch Ministry of Defence was involved in pilots of the device. This has led the company to focus on construction sites, refugee camps and festivals for now. Kitepower has partnered with Greener; Europe’s largest mobile battery rental company.

Co-founder and CTO of Kitepower Joep Breuer explains: ‘Over the past few years, we have been busy developing our kites. The ninth version is now well past a prototype and it’s time to deploy it. Due to its portability, the system currently lends itself best to short-term projects where a lot of energy is needed. Many festivals and construction sites now run entirely on environmentally polluting generators, and refugee camps also often lack a proper power supply. In both cases, we can contribute socially, respectively in creating awareness for and supplying green energy and keeping the camps running.’

Benefits when compared to wind turbines

Compared to conventional wind turbines, collecting energy with large kites has many advantages, says Kitepower. The system contains ninety per cent less material than wind turbines, while version 9 can generate power to 150 households. By cleverly spinning the kites in a figure eighth through the air, they can function well even in low wind conditions.

In addition to the projects they are undertaking in the short term, a large-scale offshore kite park is under consideration. With research into kites capable of generating up to several MW, such a park could provide green power to part of the Netherlands, without polluting the coastline with giant wind turbines. Kitepower is in talks with major energy companies for the first steps towards a 500 kW system.

‘Our long-term vision is utopian at the moment, but all the more important because innovation starts with a vision,’ says Johannes Peschel, founder and CEO of Kitepower. ‘We are currently engaged in a crowdfunding campaign through Crowdcube. The now over € 4.1 million we have raised over the past few years has brought us where we are today. In the short term, there are many inspiring projects on the agenda. In the long term, we hope to be a part of making Europe more sustainable so that we are no longer dependent on fossil energy and unreliable suppliers.’

Kitepower’s kite system comprises a ground station that converts the mechanical energy of the kite into electrical power and reels the kite in by using the generator as a motor. A tether for which a Dyneema line is used, offers a lightweight and strong connection between the kite and the ground station. A Kite Control Unit (KCU) controls the roll, pitch, and yaw of the kite and takes care of the communications between the sensor unit placed on the kite and the ground station. The kite itself consists of a hybrid between an inflatable and a fixed fibre-glass skeleton, forming the best combination for a strong and lightweight wing.

All equipment fits in one 20ft container.