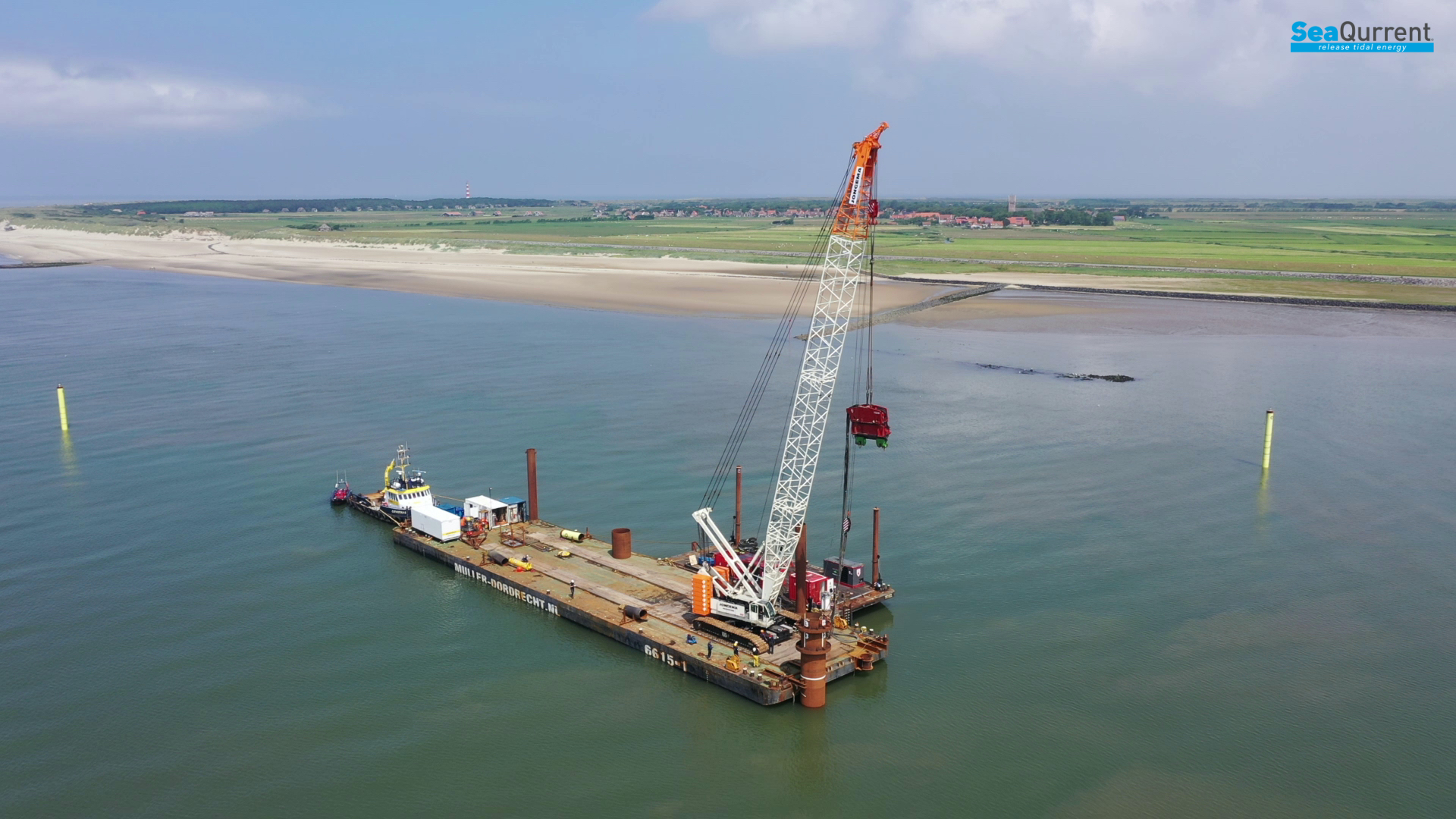 The tidal energy convertor TidalKite is about to be tested on full scale. Last week, the Borndiep test location was set up and now the grid connection to Ameland, a Dutch Wadden Island, is being realised. The kite is anchored to a monopile in the seabed with a high-tech tether and flies underwater across the current.

The TidalKite has been developed by Dutch company SeaQurrent. Over the past several years, various scale model tests have taken place at Maritime Research Institute Netherlands (MARIN) and in the Wadden Sea.

The underwater kite has a simple yet robust design and is packed with smart electronics and software. The traction force generated by the kite drives a hydromotor, which in turn drives a generator, generating green electricity.

TidalKite consists of several rows of wings that are placed one behind the other, making it able to cover a large surface area in one movement and thus to “3D-harvest” the largest possible amount of energy. The high energy yield is said to make the device suitable for the relatively low velocity currents in the stream channels between the Wadden Islands and in many locations worldwide. The system comprises a TidalKite (1) that is connected by means of a (high tech cable) tether (2) to a power take off (PTO) (3). The PTO is fixed to the seabed by means of a Mooring Structure (4) and electricity is distributed to shore by an underwater electric export cable (5) (picture by SeaQurrent).

TidalKite is designed in such a way that it works in an ecologically responsible way. Research and observations in previous tests in the Wadden Sea, conducted by the University of Groningen and ecologists, confirm this.

Tidal energy is predictable and available daily. The TidalKite can be placed near shore. This limits the length of the required electricity cables. In addition, installation and maintenance of the system is relatively easy and does not require specialised, expensive vessels.