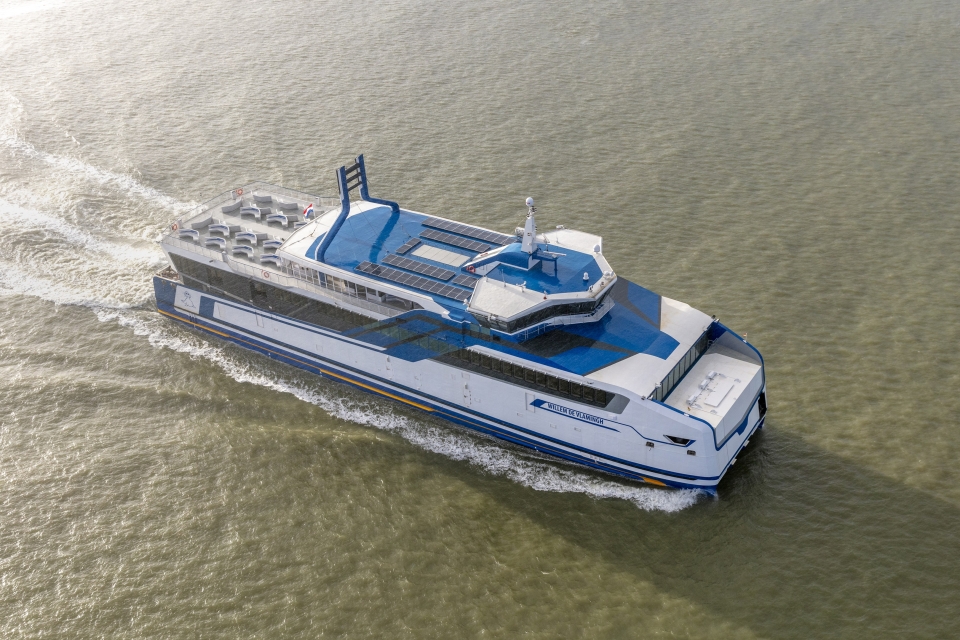 Record fuel prices have resulted in Rederij Doeksen taking the most sustainable vessels in its fleet out of service for the most part. The LNG-powered ferries Willem Barentsz and Willem de Vlamingh are being replaced by the Friesland built in 1989. According to Doeksen, LNG prices have risen by as much as 900 per cent compared to 1 January 2021.

Rederij Doeksen provides ferry services between Harlingen on the Dutch mainland and the Wadden Islands Terschelling and Vlieland. The company says that the high fuel prices are having a major impact on its operations. In particular, the exorbitant price increase of LNG is making the cost of maintaining the ferry connection to Terschelling and Vlieland extremely high.

‘Measures are unavoidable and that is wry because we have just recently invested in sustainable new ferries that run on LNG, our customer satisfaction is very high and we are carrying a record number of passengers and vehicles this year,’ says Dirk Spoor, general manager of Rederij Doeksen. ‘But enormously high fuel prices are hitting our business hard. Compared to 1 January 2021, the price of gas oil has risen by around 200 per cent and that of LNG by as much as 900 per cent.’

The ferry operator is therefore taking the following measures with immediate effect:

Rederij Doeksen wants to continue this cost-saving package at least until the end of next year. This is necessary to ensure that the fuel surcharge, which is necessary from 1 January, does not become higher than necessary while maintaining good service quality.

Spoor: ‘We explicitly opt for a balanced package. The first three measures ensure more cost-efficient operations. In doing so, we limit the fuel surcharge we will need from 2023 to remain financially sound, without compromising too much on the quality of our service and (through the fourth measure) the environment. The number of sailings we are cancelling is relatively limited, so the staffing consequences within our organisation will not be too great and we will continue to have sufficient, qualified staff even after this fuel crisis. Very important, especially in these times.’

The fuel surcharge required with this package of measures is sixteen per cent, which amounts to € 4.75 per person per ferry trip. The package of measures and the surcharge are currently still being consulted with various parties, including the State, which as grantor of the concession has to give permission for the fuel surcharge. A decision is expected in the foreseeable future.

The Willem Barentsz and Willem de Vlamingh are the first (single-fuel) LNG-powered ferries in the Netherlands. They are also the first ships in the world in which single fuel LNG engines directly drive rudder propellers with fixed propellers.

The new LNG ferry concept, combined with heat recovery, more efficient hull lines, lightweight construction, and solar panels means a significant reduction in harmful emissions: -10 per cent CO2, -90 per cent nitrogen oxides (NOx), -100 per cent sulphur oxides (SOx), -95 per cent particulate matter. The shipping company’s ambition is to progressively blend the LNG with bio LNG. This was to happen from 2023, when SFP will start producing bio-LNG in Harlingen.

Construction of the new ferries wasn’t a smooth process. Originally, the aluminium catamaran car ferries were supposed to be delivered at the end of 2017. However, Vietnamese shipyard Strategic Marine suffered financial difficulties while constructing the vessels. This meant that although the keels were laid on on 15 July and 9 August 2016, the ships could not be launched until 8 and 12 January 2019. Finally, Doeksen decided to bring the ships to the Netherlands for finishing, but they suffered water damage during transport causing yet more delays. Eventually, the vessels entered into service in June and September 2020.