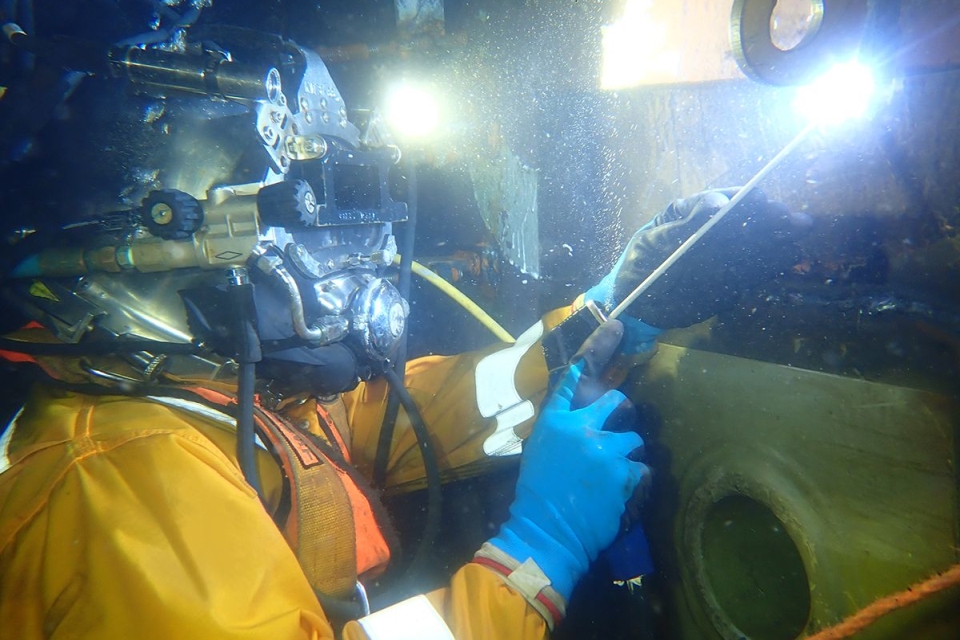 The majority of the estimated 5000 scrubber systems installed across the global fleet are of open-loop configuration. With this system, seawater is used to scrub SOx from the exhaust gas, with the used water then being discharged back to the sea after cleaning.

Under IMO Guidelines, the washwater from exhaust gas cleaning systems, commonly referred to as scrubbers, should have a pH of no less than 6.5. However, in reality, the pH of scrubber washwater is typically acidic, prior to being diluted by seawater. This creates the risk of structural corrosion to the discharge pipes.

The risk is particularly high for pipes made of mild steel. In some cases, if the discharge pipes are inadequately protected, severe corrosion can damage the surrounding mild steel hull plates, resulting in water ingress.

Also read: Half of new bulk carriers is fitted with a scrubber

The new ‘pipe-in-pipe’ solution allows for the original overboard pipe to remain in situ while a new glass reinforced epoxy (GRE) pipe is inserted into it. No metal cutting or welding is necessary. An SMO steel sleeve is inserted between the new GRE pipe and the existing steel pipe. An adhesive permanently secures the GRE pipe in place. Since this ‘pipe-in-pipe’ solution has a small impact on the internal diameter of the pipe, it is best suited for overboard pipes with a diameter greater than 300 mm.

‘This is a long-term solution that can be planned for at any time, even if corrosion has not yet occurred. The component pipes can be prepared and stored either on board or at an engineering facility ready for fitting either during a scheduled drydocking or port-call or, if necessary, whilst afloat and in operation using a cofferdam at a convenient time and location,’ explains William Winters, Managing Director of Wärtsilä Underwater Services.

He adds: ‘This in-operation repair offers substantial overall savings to the shipowner and allows the vessel to stay in service.’

Installations of the patented solution and licensed know-how will be carried out by Wärtsilä Underwater Services. In most cases, the repair will be completed in less than two days, which can avoid the ship having to go ‘off hire’.