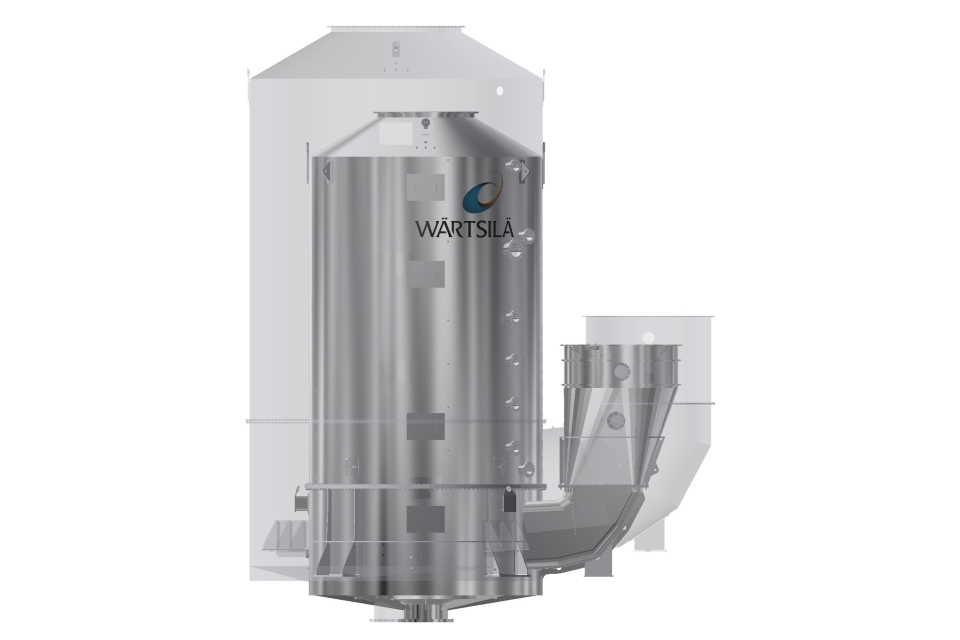 The technology group Wärtsilä has launched its new IQ Series exhaust gas treatment system, designed by its Exhaust Treatment business unit in Moss, Norway. The new series is especially well-suited to container vessels because it takes up less space, is lighter and has less volume.

The IQ Series scrubber uses an innovative design that allows the same exhaust gas cleaning results to be achieved within a smaller footprint. The scrubber takes up 25 per cent less space, is 30 per cent lighter, and has 35 per cent less volume, which minimises the impact on a vessel’s cargo-carrying capacity, and therefore its profitability. This makes it particularly beneficial on container ships, where space is a key commercial priority.

Additionally, the scrubber, which can be configured to use between 20 and 70 MW of power depending on vessel requirements – features the same modular design as Wärtsilä Exhaust Treatment’s other exhaust gas cleaning solutions. This means that the IQ Series can be upgraded with further technologies that enable other pollutants to be tackled within the stack, including exhaust gas recirculation (EGR) to cut NOx, a black carbon filter to cut particulate matter (PM), a depluming unit to cut visible steam from the stack, and even a carbon capture and storage (CCS) module that Wärtsilä is currently developing in its Moss test facility.

The IQ Series is made using 50 per cent recycled steel.

Picture: The new scrubber is lighter, smaller and less voluminous, to respond to requests from the new generation container vessels. Compared to previous scrubbers with similar capacity it is 30 per cent smaller (by Wärtsilä).