A gap – a slip – an injury on board an LNG tanker: ‘Don’t overreach, ask for help’ 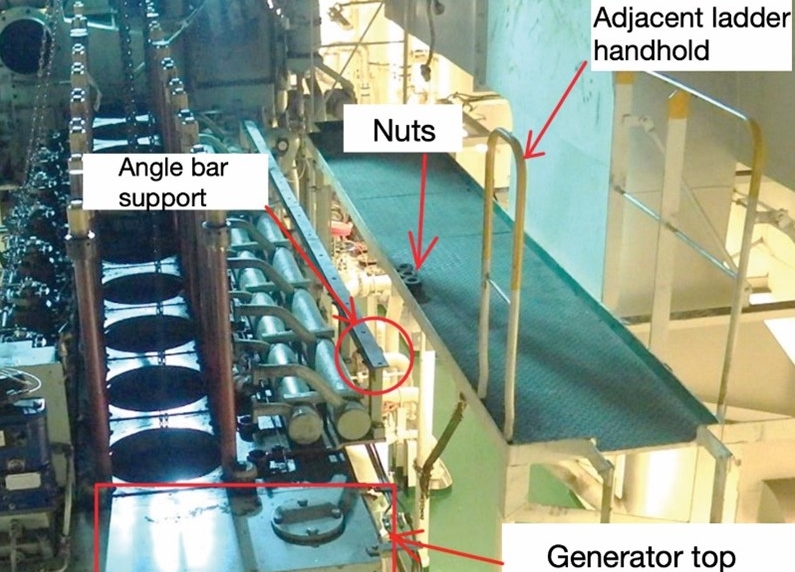 A “getting the job done” attitude sometimes leads to unsafe actions. This was also the case in a recent Mars Report published by The Nautical Institute, in which an engineer suffered a deep cut on his leg while reaching for tools that were just out of reach.

An LNG tanker was moored at an offshore terminal. Work was to be done in the engine room dismantling the auxiliary generator. A permit to work was issued and a workplace inspection was carried out before work began.

As the work progressed, one of the engineers was standing on top of the generator. There was a walking platform adjacent to the generator top, at the same height, but separated by a gap of 40 cm. The engineer required some nuts that were lying on the platform, but were out of his reach. He attempted to step onto the platform from the top of the generator. He steadied himself with his right hand on the adjacent ladder handhold and stepped onto the platform with his right foot. As he brought his left leg forward he slipped. His leg struck the edge of an angle bar supporting the exhaust manifold with some force.

The blow resulted in a cut 15 cm long and 3 to 5 cm deep on the calf of his left leg. He was given first aid and later disembarked for shore treatment. He was declared fit for work about three weeks later.