The three key criteria for new-nuclear in maritime 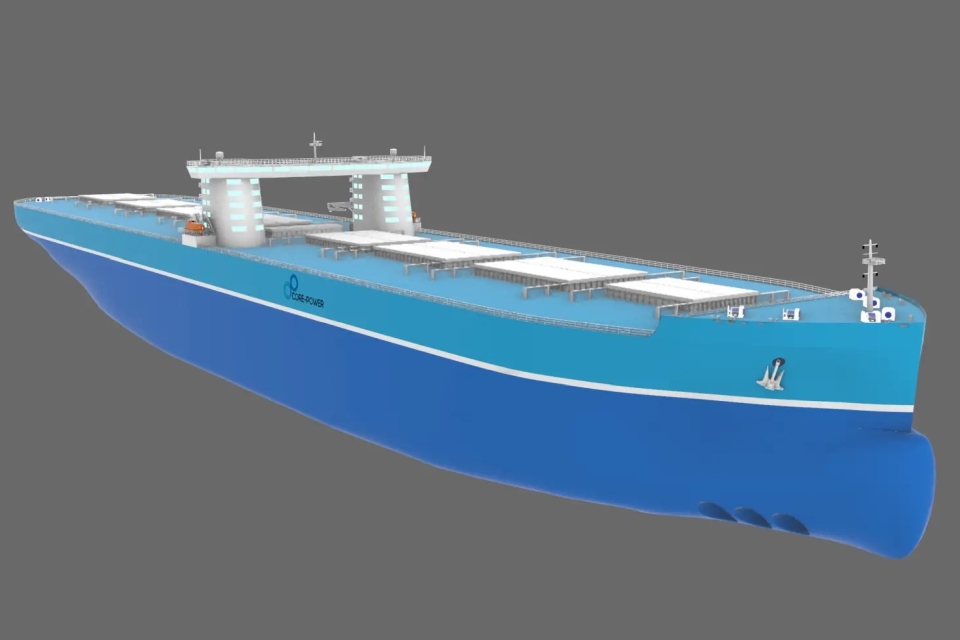 With modern advancements in fuel management, reactor safety, and manufacturing, some new-nuclear reactors are looking increasingly viable for use in marine applications. However, certain criteria exist for applications in the marine environment that nuclear reactors must meet, in order to be considered feasible solutions, according to Core Power.

Back in May at the pre-SMM press conference, maritime economist Martin Stopford already touched upon the subject of nuclear power for ships. He sais: ‘The molten salt reactors have been resurrected. The big plus is that these do not explode, but shut down. Making them quite safe. Still, the nuclear option is not quite on the table, but it is worth thinking about.’

One of the companies working on advanced reactors for heavy industry and transport is Core Power. One of the technologies under the development there is the Molten Salt Reactor (MSR), an advanced nuclear reactor that uses a liquid fuel instead of solid fuel like most conventional reactors.

However, according to the UK company, there are three main criteria for success of new-nuclear reactors to be viable at sea:

Zero or ambient pressure reactors, which will have tiny emergency planning zones, ideally not beyond the railings of the marine installation. Inherent safety is essential for maritime nuclear reactors to be implemented commercially. All nuclear plants, regardless of size and design, require an emergency planning zone (EPZ) around the reactor. As most reactors today are pressurised, EPZ requirements for them can be large. Reactors operating at ambient pressure have the potential to require only very small EPZs removing the largest obstacle for floating nuclear power plants and nuclear-powered ships calling in commercial civilian ports.

High fuel efficiency, which means long or ultra-long fuel cycles and a dramatic reduction in nuclear waste. The safest place for nuclear fuel is in a reactor. Creating an acceptable security and risk profile for a maritime reactor would need to be based on excellent fuel efficiency and long fuel cycles where few or no reactor refuelling is required. With no fresh fuel going in and no spent fuel coming out during the life of a marine asset, security and safeguarding risks are dramatically reduced.

3. Reactors as a manufactured product

Reactors as a “manufactured product” for good economic viability over a lifetime of power. Small, advanced reactors could be mass-assembled at the highest quality assurance levels, in dedicated facilities or specialist shipyards, possibly allowing for affordable maritime applications. This manufacturing concept is a major departure from conventional nuclear building techniques and allow new nuclear solutions to be competitive against other alternative fuels for marine decarbonisation.

Also read: Shipping outlook: Invest in people and nuclear back on the agenda