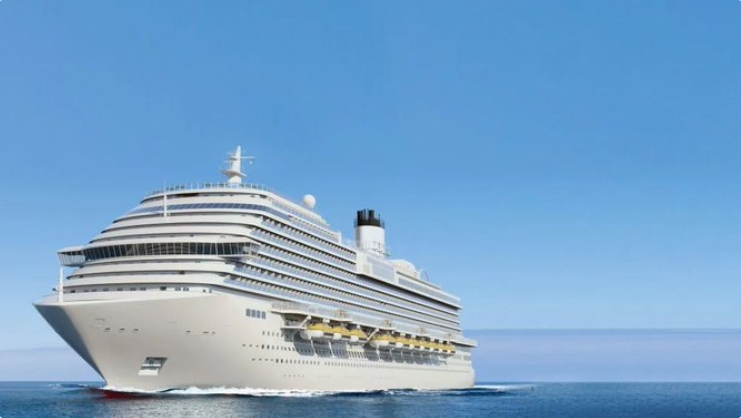 China State Shipbuilding Corporation (CSSC) has begun to build its second domestic large cruise ship. The company says it is a landmark step toward mass production of such ships in China.

The vessel is being built at Waigaoqiao Shipbuilding, a CSSC subsidiary, which is also building the first large Chinese-built cruise ship.

In 2014, CSSC entered into a cooperation agreement with Carnival Corporation and Fincantieri. In 2018, this resulted in the order for two large 135,000 GT cruise ships in a joint venture between Carnival and CSSC, with an option for four more. Both cruise ships are based on Fincantieri’s Carnival Vista Class design.

The first vessel was floated in December and delivery is scheduled for September 2023. The second one is to enter service in 2024. The ships will provide cruises to the Chinese market.

CSSC says the second cruise ship has undergone a series of optimisations on the basis of the first ship. Where the first cruise ship will be 323 metres long and 37.2 metres wide, the second’s total tonnage will increase by 6700 tonnes and the length by 17.4 metres. The extra space results in nineteen more guest rooms.

The new cruise ship will also equipped with two additional sets of desulphurising towers and selective catalytic reduction (SCR) systems, and a sixteen-floor living and entertainment area. Its designed construction period will be six months shorter than that of the first vessel.

Compared with the first ship, the design and construction period of the second domestic large cruise ship are expected to be shortened by six months.

According to CSSC, large cruise ships, aircraft carriers, and large LNG carriers are the crown jewels of shipbuilding. CSSC states: ‘Large-scale cruise ships represent a country’s equipment construction capability and comprehensive scientific and technological level. The full promotion of the design and construction of large-scale cruise ships is a landmark project for the transformation and upgrading of China’s shipbuilding industry and the enhancement of the global influence of Chinese manufacturing.’

In addition to forming partnerships with Fincantieri and Carnival, the shipbuilding conglomerate says it has also invested in its infrastructure and tools to be able to build cruise ships. This includes a workshop for thin plate production to allow for serialised construction of cruise products, developing the shipbuilding management platform SWS TIME, which is said to achieve information-based collaborative management and control of the whole process of design, procurement and on-site management and further development of 3D design software.