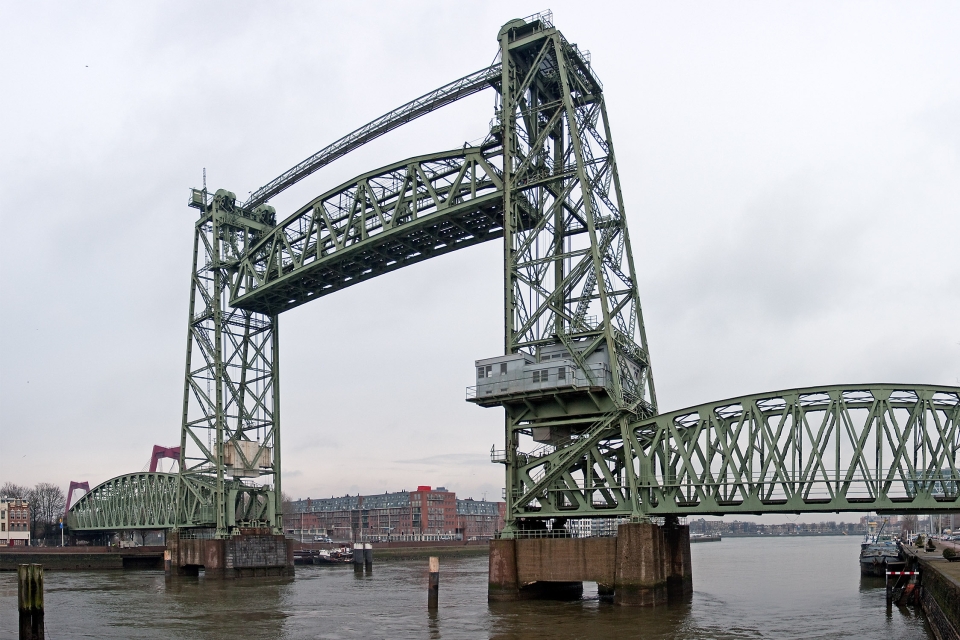 Earlier this year, there were plans to partially dismantle a monumental bridge in Rotterdam to get Jeff Bezos’ new sailing yacht to sea. This drew a lot of criticism and yacht builder Oceanco has now decided to circumvent the problem and finish the yacht in Rotterdam, where it has already arrived.

At 127 metres, the megayacht will be both the largest sailing yacht in the world and the largest yacht ever built in the Netherlands. It is estimated to be worth some 430 million euros.

The Koningshaven Bridge in Rotterdam, locally known as “De Hef”, has a clearance of forty metres, which would not be enough to let Bezos’ newbuild pass.

Oceanco was considering to ask the municipality of Rotterdam for a special license to temporarily remove the middle section of the bridge to allow the yacht to pass. The plans and Rotterdam’s willingness to go along with the plan, led to consternation in Rotterdam. Especially as after a large restoration back in 2017, the municipality had said the bridge would not be taken apart again.

At the end of June, it became clear that shipyard Oceanco was not planning to apply for the dismantling of De Hef for the time being. The company was shocked by the commotion and employees felt threatened, according to an appeal to the Open Government Act by Dutch newspaper Trouw.

Yacht to be finished at Greenport

To Dutch maritime newspaper Schuttevaer, transport company Koninklijke Van der Wees admitted it had carried out the transport of the yacht from Alblasserdam to shipyard Greenport Rotterdam without passing De Hef. The transport company would not say more about the project.

The yacht’s masts will now be installed at this shipyard, which offers open access to the sea as there are no bridges between the current location and the North Sea.

Watch a video by Dutch Yachting of the launch of the 127-metre yacht and its subsequent transport to Greenport Rotterdam, which both took place on 2 August, below.