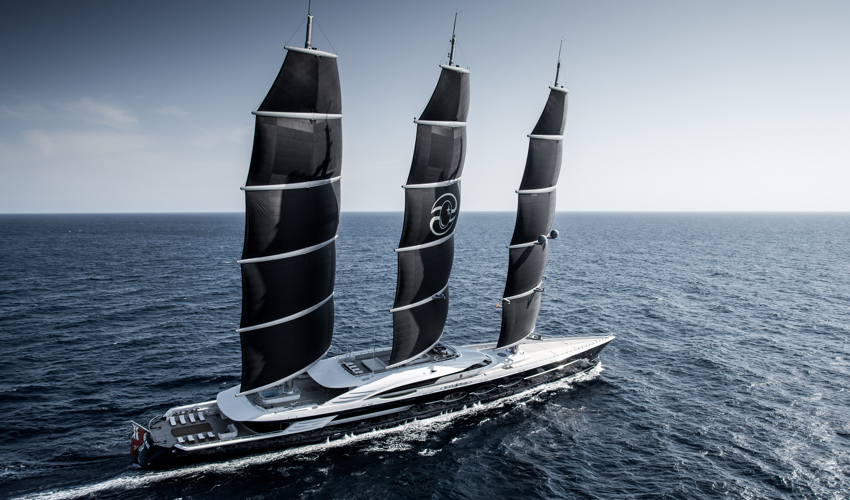 As usual when it comes to naming owners of yachts, the spokesman of Dutch superyacht builder Oceanco in Alblasserdam refuses any comment. Yet, press agency Bloomberg, followed by other respectable media like the Dutch Financieele Dagblad, is sure that the world’s richest man, Amazon.com’s Jeff Bezos has ordered a megayacht in the Netherlands.

It will be a true megayacht; Oceanco’s Project Y721 measures 127 metres and with its three masts it will be the largest sailing yacht in the world. With that, it will also be the largest yacht ever built in the Netherlands.

Oceanco is no stranger to record-breaking superyachts. The shipyard delivered the 106.7-metre Black Pearl in 2018, which remains the largest DynaRig sailing yacht in the world, characterised by three 70-metre-tall carbon masts.

Also read: The owners of superyachts built in the Netherlands revealed

According to Bloomberg, which is citing a new book about Bezos, “Amazon Unbound” by the American author Brad Stone, the yacht will cost some USD 500 million. Peanuts for Bezos, as he is estimated by the American business magazine Forbes to be worth no less than USD 177 billion (EUR 149 billon). Bezos’ online retail platform Amazon reported a net income over 2020 of USD 21.33 billion, up from USD 11.6 billion in 2019. During the same fiscal period, the company’s revenue amounted to more than USD 385 billion.

This huge profit is amongst others thanks to the fact that Amazon doesn’t pay taxes in most European countries. At least some of this tax money will return to the Netherlands by having this yacht built in Alblasserdam. With this 127-metre yacht, the Dutch superyacht builders enter the market of the really large megayachts that until recently used to be the monopoly of the German superyacht yards.