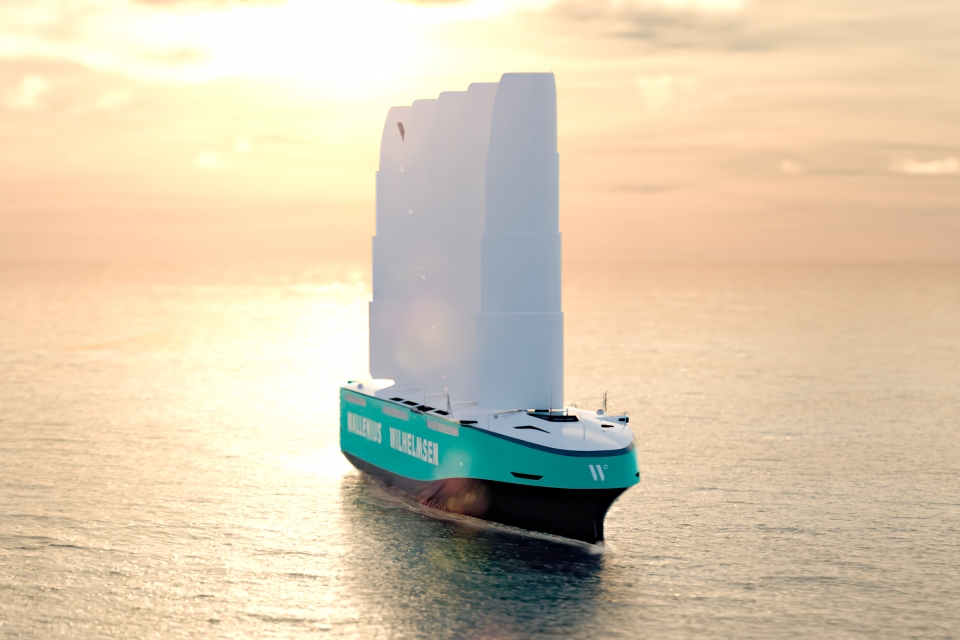 Building on the Oceanbird concept developed by Wallenius Marine, Wallenius Wilhelmsen is currently taking the concept forward and creating the detailed design of the vessel’s features. Knud E. Hansen has now joined the project as naval architects.

Among other things, Wallenius Wilhelmsen is now working out the Orcelle Wind’s cargo and storage areas, assessing areas for operation, and conducting a comprehensive viability evaluation.  Knud E. Hansen will now also be involved in the ship design.

The Orcelle Wind will need to prove its commercial viability. Success will be heavily dependent on partnerships with customers and whether there is commitment in the market to adopting radical and innovative measures to drastically reduce the environmental footprint of outbound supply chains.

With a concept that Wallenius Wilhelmsen deems viable for commercial operation, a second phase of the project will be initiated: The building and commissioning of the first ship of its kind.

The Orcelle Wind will be the world’s first wind-powered RoRo vessel. It will use wind as the main form of propulsion and operate at speeds of 10-12 knots under sail that can be increased with the supplemental power system. The RoRo vessel is said to reduce emissions by as much as ninety per cent. In addition, the vessel has a capacity to carry 7000 cars along with breakbulk and rolling equipment.

Also read: How Oceanbird plans to achieve a 90% reduction in emissions