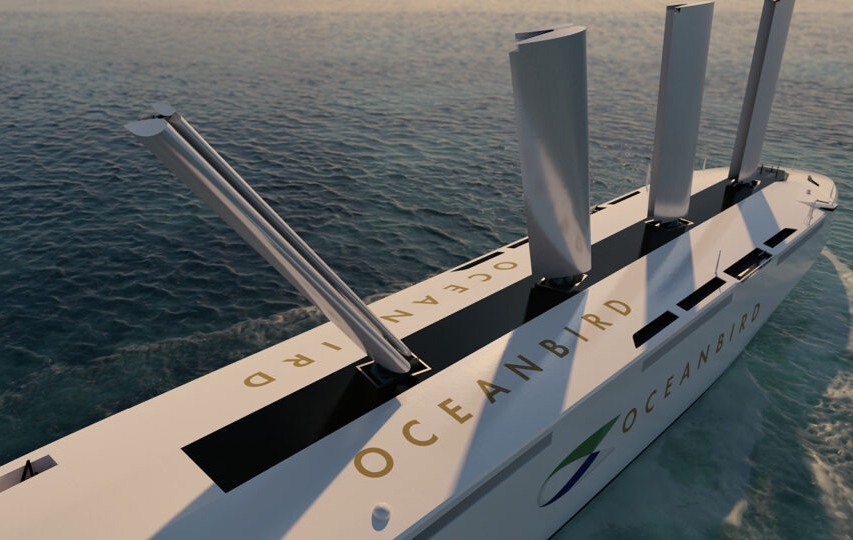 The engineers at Oceanbird have made changes to their low-emission car carrier concept’s wing design. It is now half the size, but shows the same performance as the previous design. And instead of a telescopic solution to allow the vessel to pass under bridges and reduce power in hard weather, the new wing can be folded and tilted.

The Oceanbird car carrier concept started as a vision to achieve emission-free shipping. In July 2021, a fifty-fifty joint venture between Wallenius and Alfa Laval was made to make the vessel a reality. AlfaWall Oceanbird will focus on the development and realisation of technology for fully wind-powered vessel propulsion. The aim is for the vessel to reduce emissions by ninety per cent compared to a conventional vessel.

Also read: How Oceanbird plans to achieve a 90% reduction in emissions

The wings on the vessel consist of a core and a flap, optimising the aerodynamics forces. The smaller size allows for a smaller footprint: both environmental and on deck.

‘The two-segment wing sail is aerodynamically optimised and provides a high propulsive power in relation to the wing area,’ explains Mikael Razola, Technical Director Oceanbird. ‘The smaller segment folds into the other before the whole wing sail is tilted, and therefore demanding less space on deck when it is not being used.’

Sustainability is key in the Oceanbird concept. The new design is 40 metres high instead of 80 and therefore requires less material. A larger part of the wing sail is made of material that can be recycled. It is also more robust and long-lasting with less sensitive elements that can cause problems.

‘We have visited suppliers, had a close dialogue with our potential customers and are now confident in that this is the way to move forward,’ Razola adds.

Each wing sail is said to save around half a million litres of fuel (480,000 liters), equal to 3000 barrels of diesel a year. This represents 1200 tonnes of CO2 a year. The calculations are based on wind probabilities along main trading routes, provided by IMO. The whole Oceanbird concept, including the specially designed hull, wing sails and speed/route recommendations, are to reduce emissions even more.

Another dimension of sustainability is financial. According to Oceanbird they had to develop a product that could drastically reduce emissions that was also justifiable to purchase for shipowners. Therefore, it was important to also reduce the payback time for the ship owners.

‘For vessel owners who need to comply with new emissions legislation, for example CII, this solution can’t come soon enough. Not only we, but everyone in shipping has a sense of urgency. This is a huge step closer in making the Oceanbird concept a reality,’ says Niclas Dahl, Managing Director at Oceanbird.

Oceanbird is evaluating different suppliers and will place an order for the first wing sail during the second half of 2022. Prototype testing will take place under 2023. Meanwhile, Oceanbird is investigating solutions for placing wing sails on existing vessels in several shipping segments.

Although initially planned for late 2024, the first vessel with full wind propulsion is now planned to set sail in 2026.