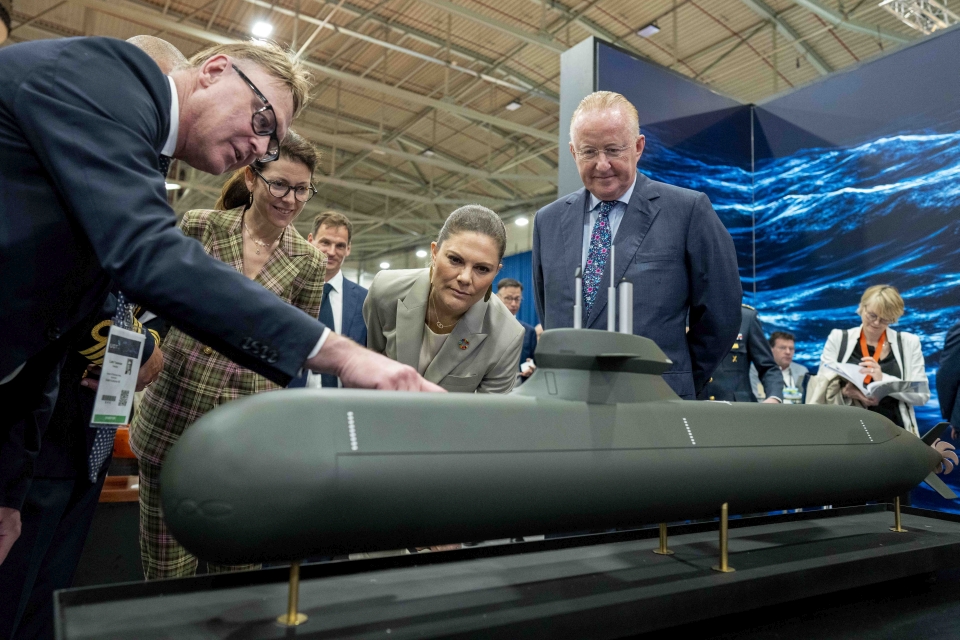 Crown Princess Victoria of Sweden has visited the Undersea Defense Technology trade fair in Ahoy in Rotterdam. She stopped by the SAAB-Damen booth to underline the importance of the innovative partnerships involving the Netherlands and Sweden. SAAB and the Dutch shipbuilder hope to win the contract together for the replacement of the Dutch Walrus-class submarines.

During her visit, Princess Victoria made one stop at the Undersea Defense Technology fair. At the SAAB-Damen stand, she was briefed about the companies’ shared ambition to be at the absolute forefront of non-nuclear submarine technology in collaboration with the Royal Netherlands Navy and a large number of Dutch suppliers. The ongoing development of submarine expertise in the successor to the Walrus class will give the maritime industry in both countries a huge boost. The SAAB and Damen co-operation has been going on for years already and is still intensifying.

Later on the same day, it was announced that Damen had won a tender from the Swedish Ministry of Defence to supply four ice-strengthened tugs. The 17-metre-long StanTugs 1706 ICE will be delivered next year and deployed in the ports of Stockholm and Karlskrona. The Damen Oskarhamnsvarvet in Sweden will act as a service hub for these vessels, adding to the close connections of Damen with Sweden and its defence organisation.