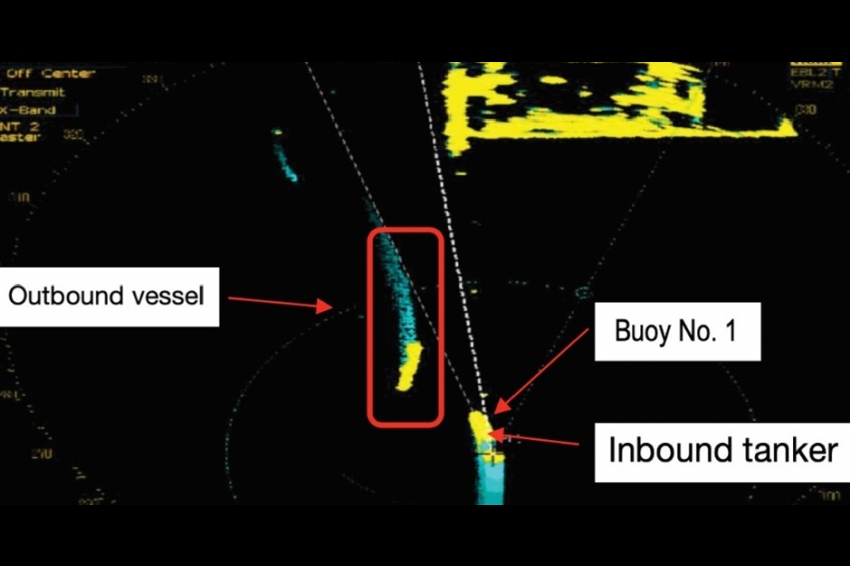 In its latest Mars Report, The Nautical Institute points to the fact that in some jurisdictions, pilots can disembark before the vessel has actually exited the port. In the report, a meeting of a tanker and another vessel at a narrow port entrance resulted in the tanker hitting a buoy. On the outbound the vessel, the pilot had already disembarked.

A tanker was inbound for a port in the early morning hours. A pilot boarded and took the con after exchanging information with the master. The pilot advised that there was an outbound vessel approaching and that he had agreed with the outbound pilot that they would meet port to port. A slight course alteration to starboard was requested and the speed reduced.

A few minutes later, the vessels met at the entrance of the channel. By now, the pilot of the outbound vessel had already disembarked, so pilot to pilot communication was not possible.

As the inbound tanker was conned more to starboard by the pilot to allow the outbound vessel to safely exit the port, it approached the righthand side of the channel and, due to weather and lack of manoeuvrability at slow speed, made soft contact with buoy number 1. The tanker continued its inbound passage and safely berthed thereafter.

This accident was covered in the Mars Reports, originally published as Mars 202215, that are part of Report Number 354. A selection of this Report was also published in SWZ|Maritime’s May 2022 issue. The Nautical Institute compiles these reports to help prevent maritime accidents. That is why they are also published on SWZ|Maritime’s website.