EMSA drones sniff emissions from ships in the Channel 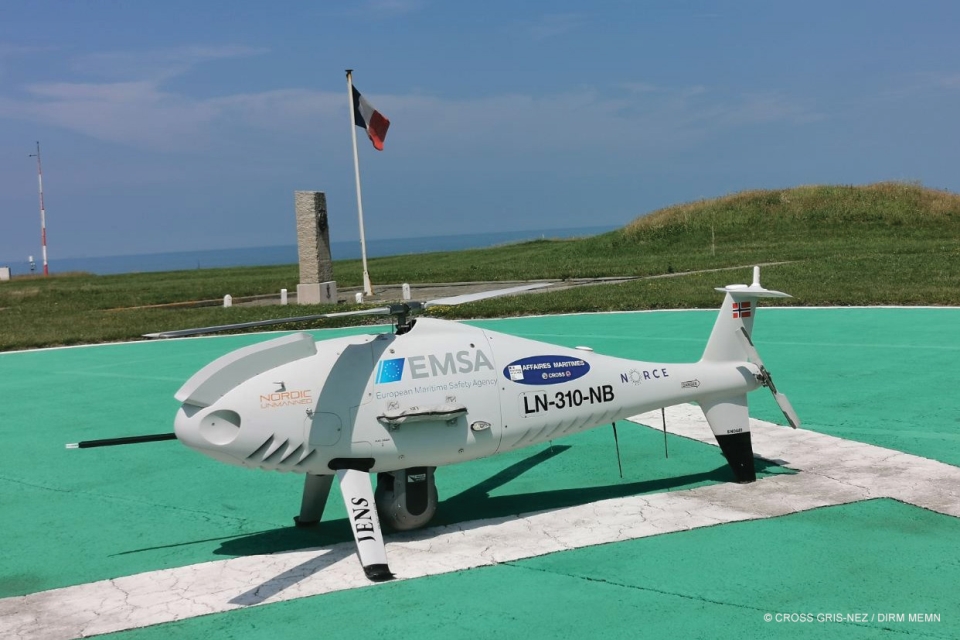 EMSA remotely piloted aircraft are now used to measure sulphur and nitrogen emissions from ships operating in the Emission Control Area of the North Sea and English Channel. The payload on board the sniffer drone makes it possible to check the compliance of the passing ships with rules capping the content of certain pollutants in the fuel burned.

The drones are deployed from Cap Gris-Nez on the Pas-de-Calais coast in the north of France and used by the French Directorate General of Maritime Affairs, Fisheries and Aquaculture.

The North Sea and English Channel make up an Emission Control Area (ECA) within which ships must adopt specific mandatory measures to prevent, reduce and control pollution of the atmosphere by emissions of nitrogen oxide, sulphur oxide and particles. These help to reduce the harmful effects on human health and the environment.

Emissions monitoring is the principal objective of the operation, but the aircraft also has the capability of being deployed on request for an array of complementary tasks such as pollution detection, search and rescue, fisheries control and vessel traffic management, within the area of operation.

Also read: EMSA to check ships’ emissions in the Baltic Sea with drones

The remotely piloted aircraft system (RPAS) used is an unmanned helicopter Schiebel Camcopter S100 which is operated by EMSA’s contractor Nordic Unmanned and is equipped with an emissions sensor from Explicit that analyses the gas samples taken when the drone passes through the exhaust plume of the ship’s funnel or stack. Calculations are then made to determine sulphur and nitrogen levels and indications of non-compliance and can trigger an inspection at the next port of call to determine whether an infringement has taken place.

Since 2020, the Schiebel Camcopter S100 drone operated by Nordic Unmanned teams has flown for more than 430 hours, over more than 600 ships and has taken measurements from 375 merchant ships.

This is the third emissions monitoring campaign to take place in this particular area with the MRCC for Cap Gris-Nez chosen as the deployment site for its close proximity to busy shipping lanes within the flight range of the aircraft in use as well as for the expertise of the personnel monitoring the maritime traffic in that area.