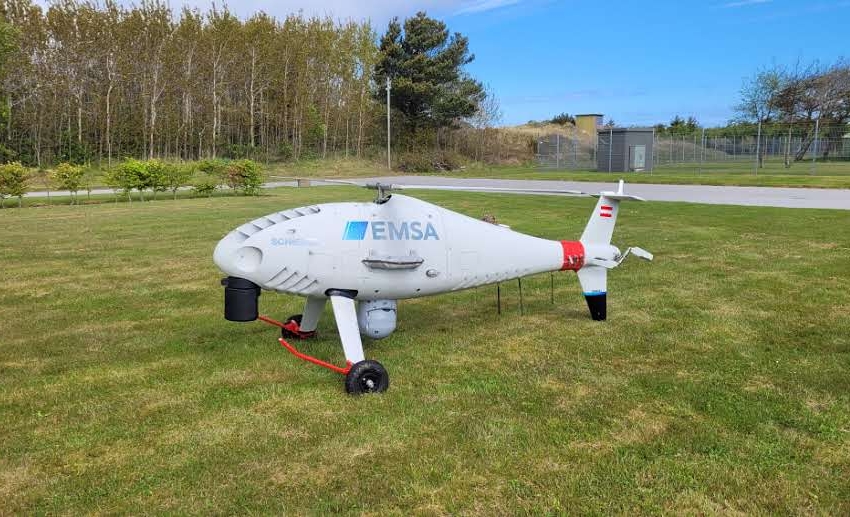 The Danish Navy is using the service alongside fellow national authorities, including the Danish Customs and Danish Fisheries Agency, as they implement coast guard functions.

Also read: EMSA to check ships’ emissions in the Baltic Sea with drones

The RPAS service is delivered by EMSA through the contractor Schiebel Aircraft GmbH and will see a Schiebel Camcopter S100 deployed in support of Danish authorities’ maritime surveillance activities over a two-month period. The aircraft is an unmanned helicopter with an endurance of six hours and a range of more than 100 km. It is equipped with both an optical and infrared camera, as well as an AIS receiver and an automated maritime search sensor capable of detecting objects on the sea surface.

The data gathered from the flights will be shared live through the EMSA RPAS Data Centre allowing users to monitor any unusual activity at sea with a potentially harmful impact on the safety and security of persons and vessels in the area or affecting the environment itself. The service makes it possible to monitor and alert authorities in case of drifting objects spotted at sea, which may pose a danger to vessels in the vicinity and/or the environment. This is especially useful in areas of high traffic density.

The Royal Danish Navy acts on behalf of Denmark’s Ministry of Environment to safeguard the protection of the marine environment in the surrounding waters. EMSA’s RPAS service will support this activity by helping them to identify, verify and provide information on potential oil spills and discharges at sea. In doing so, the service complements the EU’s satellite-based service for oil spill detection, CleanSeaNet.

Remotely Piloted Aircraft System (RPAS) services are offered free to all EU member states by EMSA. They have been developed to assist in maritime surveillance operations and ship emission monitoring, and can operate in all seas surrounding the European Union.

RPAS services can provide support to traditional coast guard functions, including search and rescue and pollution prevention and response. The services are offered to member states individually and as part of EMSA’s regional RPAS strategy, which allows multiple coast guard functions in several EU member states to be supported by one or more RPAS services. Further expansion of RPAS regionally is planned in 2022.