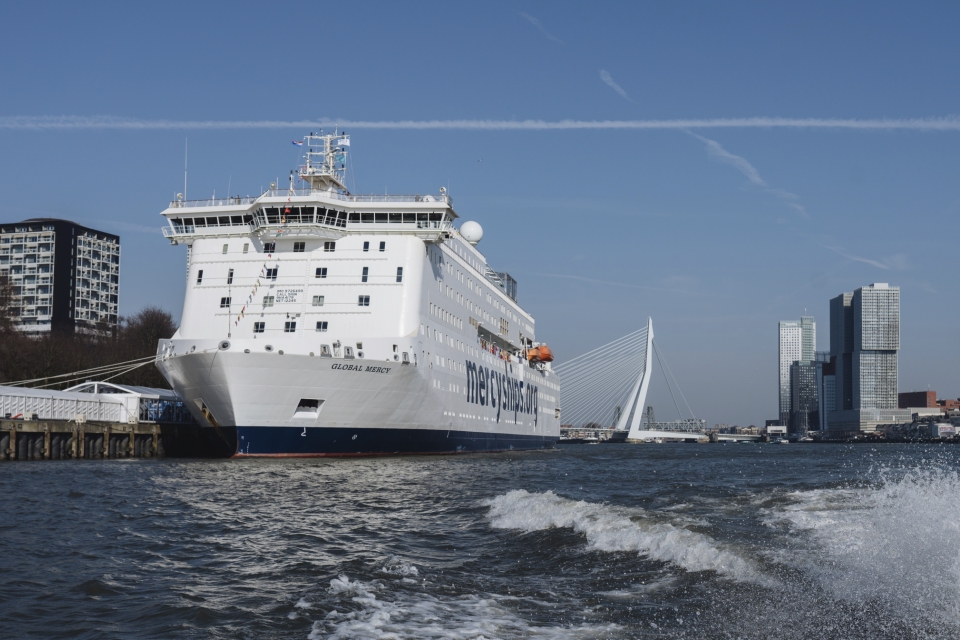 The world’s largest civilian hospital ship Global Mercy has won the Shippax Special Award in recognition of the special conversion of a Ro-Pax design into a hospital ship. Meanwhile, the Global Mercy is on its way to Dakar, Senegal, to begin operations at the end of May.

The Shippax Awards are meant to stimulate innovative solutions and honour the trendsetters in the ferry, ro-ro and cruise industry. The jury of the Shippax Awards praised how the Global Mercy will bring healthcare to the poorest of the poor as well as the conversion of the Stena Ro-Pax design that was used for the ship: ‘What usually is the car deck has been turned into six operating rooms and hospital wards. This documents the enormous adaptability of Ro-Pax designs and their usability even in crisis management contexts.’

The Covid-19 pandemic prevented Mercy Ships of deploying the Africa Mercy to Africa. However, the organisation set the goal of helping as many people as it normally does with its hospital ships. Thanks to partnerships with other organisations, health ministries and direct care on the mainland, this goal was achieved. Mercy Ships performed 3138 operations, in addition to 16,067 dental treatments.

No fewer than 103 Dutch nationals joined Mercy Ships in 2021: an increase of 74 per cent compared to 2020. The number of applications for future volunteer work also increased significantly in 2021: a total of 241 people applied, which is more than double the number in 2020. In addition, there was a stable flow of donations – a total of EUR 7,220,000. As such Mercy Ships Holland looks back on an exceptional year in 2021.

Mercy Ships’ Dutch office also played an important role in the work of Mercy Ships worldwide in 2021. The European Distribution Centre (EDC) in Rotterdam shipped a total of 37 containers to the Africa Mercy and the Global Mercy this year, and another five containers and nineteen airfreights with medical supplies to Africa. Donations in kind and discounts on goods for the ships amounted to € 539,000.

As the Africa Mercy could not be deployed in Africa in 2021 due to the pandemic. In order to make the most of the time, the already planned maintenance of the ship was brought forward. Hundreds of volunteers are working to carry out a large part of the restoration work, so that time can be saved later.

For 2022, Mercy Ships is looking forward to helping as many people as possible with medical care, on and around the ships in Africa. Besides the Africa Mercy, where many operations are already taking place, the Global Mercy will also dock in Dakar, Senegal, at the end of May 2022. The ship will be officially inaugurated in Africa with a festive ceremony. A month of medical training will then begin: the training facilities on the ship will be extensively tested by doctors and trainees so that it becomes clear how Mercy Ships can best serve the people of Africa with the Global Mercy.

Before setting sail to Africa, the Global Mercy paid a promotional visit to Rotterdam in February and March. SWZ|Maritime visited the ships and talked to the people of Mercy Ships. In addition to coverage online, SWZ|Maritime’s April and May issues feature two parts of an extensive article on the ship (in our April issue, available to subscribers in our archive) and Mercy Ships’ operations (coming in SWZ’s May issue, to appear 30 May).

Not yet a subscriber? Make sure you don’t miss it and subscribe today.

Also read: A glimpse on board the world’s largest hospital ship, the Global Mercy