A glimpse on board the world’s largest hospital ship, the Global Mercy 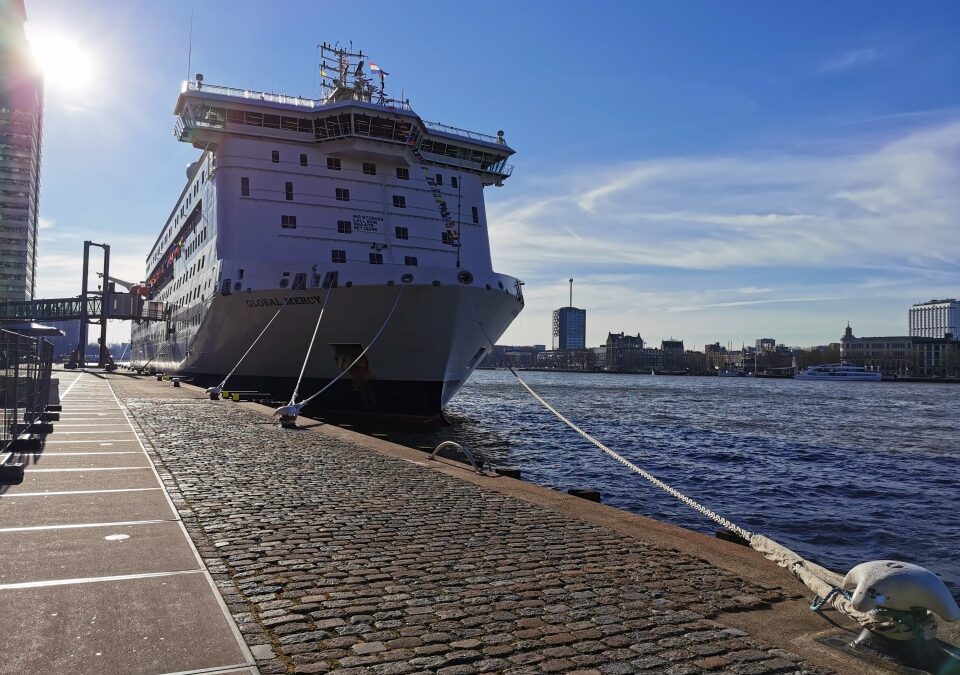 The world’s largest civilian hospital ship is open to the public between February 28 and March 14, while it is docked in Rotterdam. SWZ|Maritime took the Global Mercy Experience tour and took some pictures to show you what the ship looks like on the inside.

On February 26, the Global Mercy, the new purpose-built hospital ship built by Mercy Ships, docked in the Port of Rotterdam. Festivities launched the beginning of a two-week visit that offers the public the opportunity to come on board. On March 15, the Global Mercy will depart Dutch shores, setting course for Granadilla, Tenerife, for further outfitting before continuing the journey towards Dakar, Senegal, to provide medical training in the coming months.

The Global Mercy is open to the public until March 14, with online registration. Each day, free interactive tours are available: an immersive Global Mercy Experience, engaging them in the world of patients, medical volunteers, life on board, surgeries and training Mercy Ships provides on this unique hospital ship. A virtual version of the Global Mercy tour is also available.

The Global Mercy joins the organisation’s current hospital ship, the Africa Mercy. With this new ship, Mercy Ships desire is to double its impact, both with life-changing surgeries, as well as through education and training of local healthcare providers in Africa. When both ships are in full service, Mercy Ships hopes to perform more than 5000 surgeries and more than 28,000 dental treatments annually, and train more than 2800 medical professionals a year.

The Global Mercy has six operating rooms, 200 beds, a laboratory, general outpatient clinics and eye and dental clinics. The new ship has been outfitted with the latest X-ray, CT-scan and radiation equipment plus state-of-the-art virtual reality training equipment. The total area of the hospital department is 7000 square metres.

The ship can accommodate 950 people when docked, including 641 crew members, who are made up of volunteers from all over the world. In addition to the hospital, the ship contains the latest training facilities.

Construction of the Global Mercy

It took sixteen months to design the Global Mercy, after which construction began in 2017 at shipyard China State Shipbuilding Corporation (CSSC) in Tianjin, China. Building of the 37,000-tonne Global Mercy was completely funded by donations. The vessel is 174 metres long and 28.6 metres wide.

It left the shipyard at the end of July 2021 and then passed the Suez Canal on its way to Europe. In Antwerp, where the ship arrived in September, the ship was fitted out with medical equipment and other fittings.

The vessel was built with sustainability in mind. AC condensation is filtered for technical use, reducing potable water use by fifty per cent and high-efficiency systems are said to reduce energy consumption by fifteen per cent.