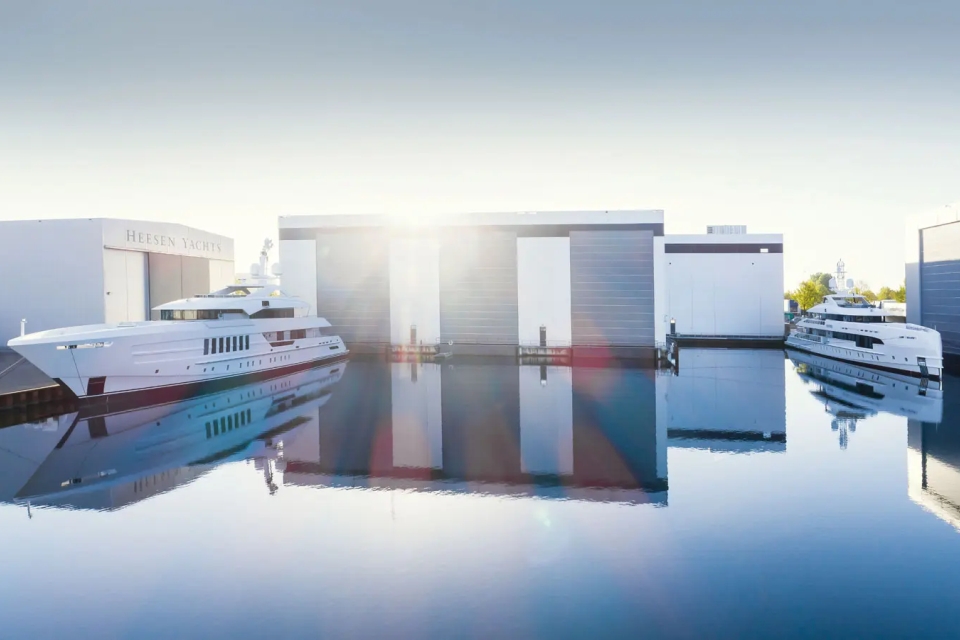 Heesen Yachts faces serious problems should its Russian owner Vagit Alekperov end up on the EU sanctions list. Thus far, Alekperov has been placed on the UK list, which is already causing issues with Heesen’s UK suppliers.

Heesen Yachts says Alekperov is one of its Ultimate Beneficial Owners (UBOs) and stresses it is a Dutch company with a professional Management Board and an independent Supervisory Board, which appoints the Management Board members and that the company is financially independent and in good shape, with a strong order book. According to the Dutch yachtbuilder, the UBOs do not actively or directly involve themselves in the way the company is run.

After Russia invaded Ukraine, two of Heesen Yachts’ supervisory board members, Pavel Novoselov and Pavel Sukhoruchkin, did step down from their positions ‘to further emphasize the shipyard’s independence and Dutch nature’, says Heesen.

The company has tried to move Alekperov’s shares to a foundation, but the notary involved did not want to facilitate this. She said the move could be interpreted as a way to evade possible EU sanctions and as such, she was unable to make the deal happen. Heesen hoped that the notary would take into consideration the risk of bankruptcy and that its 1000 employees could lose their jobs and even took her to court to change her decision. The judge, however, sided with the notary.

The judge did say the shipyard is rightly concerned about its future, but that the interests of Heesen and its employees are not relevant. The judge only tested whether the notary was right to refuse. It is as yet unclear whether Heesen will appeal the court decision. In a statement, the company said it was looking at different possible solutions.

Alekperov has been placed on the UK and Australian sanctions list and Heesen is already feeling the effects of this. British engine manufacturer Rolls-Royce, for example, now no longer supplies its products to Heesen anymore.

A Heesen spokesperson tells Dutch newspaper De Telegraaf: ‘Some of our suppliers are bound by the laws of the United Kingdom. As a result, some of them cannot fulfil their obligations.’

Picture: Heesen Yachts shipyard in Oss, the Netherlands (by Heesen).