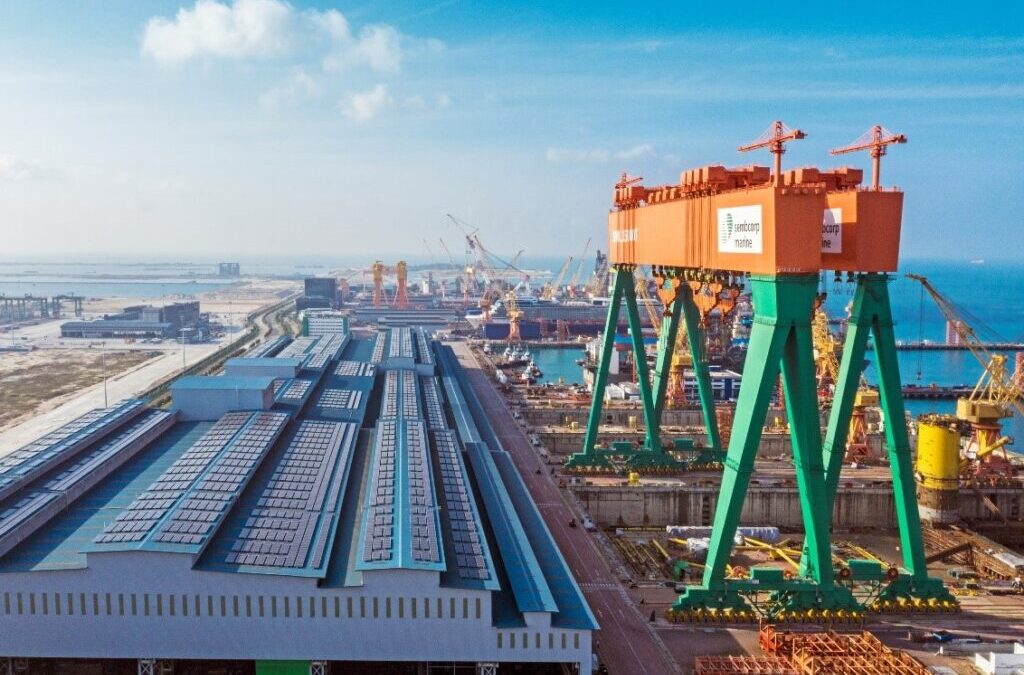 Keppel Corporation and Sembcorp Marine have signed the agreement for the proposed combination of Keppel Offshore & Marine and Sembcorp Marine. The merged company in Singapore will focus on offshore renewables, new energy and cleaner solutions in the offshore and marine sector.

The deal follows the signing of a memorandum of understanding between Keppel and Sembcorp Marine on 24 June 2021. Both parties hope the combined company can benefit from opportunities arising from decarbonisation in the oil and gas sector and from the global energy transition towards renewables, particularly in the areas of offshore wind, and new energy sources such as hydrogen and ammonia.

Keppel O&M’s legacy rigs and associated receivables will not fall under the new company. The company’s new name is yet to be revealed.

The proposed combination will be subject to the approvals of the shareholders of Keppel and Sembcorp Marine at separate extraordinary general meetings, which are expected to be convened in the fourth quarter of 2022. The composition of the Board of Directors and senior management will be disclosed ahead of the these meetings.

Both Keppel O&M and Sembcorp Marine have taken a constructive approach toward labour considerations of the Combined Entity and are focused on preserving operational strengths by continuing to retain and attract local talent, supplemented with international expertise.

Loh Chin Hua, CEO of Keppel and Chairman of Keppel O&M: ‘The signing of a win-win agreement on the proposed combination of Keppel O&M and Sembcorp Marine marks a strategic milestone for the offshore & marine sector. It brings together two leading O&M companies in Singapore to create a stronger player that can realise synergies and compete more effectively amidst the energy transition.’

‘Sembcorp Marine and Keppel O&M are Singapore’s homegrown marine icons,’ adds Tan Sri Mohd Hassan Marican, Chairman of Sembcorp Marine. ‘I am confident the combined entity, with its larger operational scale, broader geographical footprint and enhanced capabilities, will create a leading Singapore player to capitalise on the opportunities in the offshore and marine, as well as the renewable and clean energy sectors.’