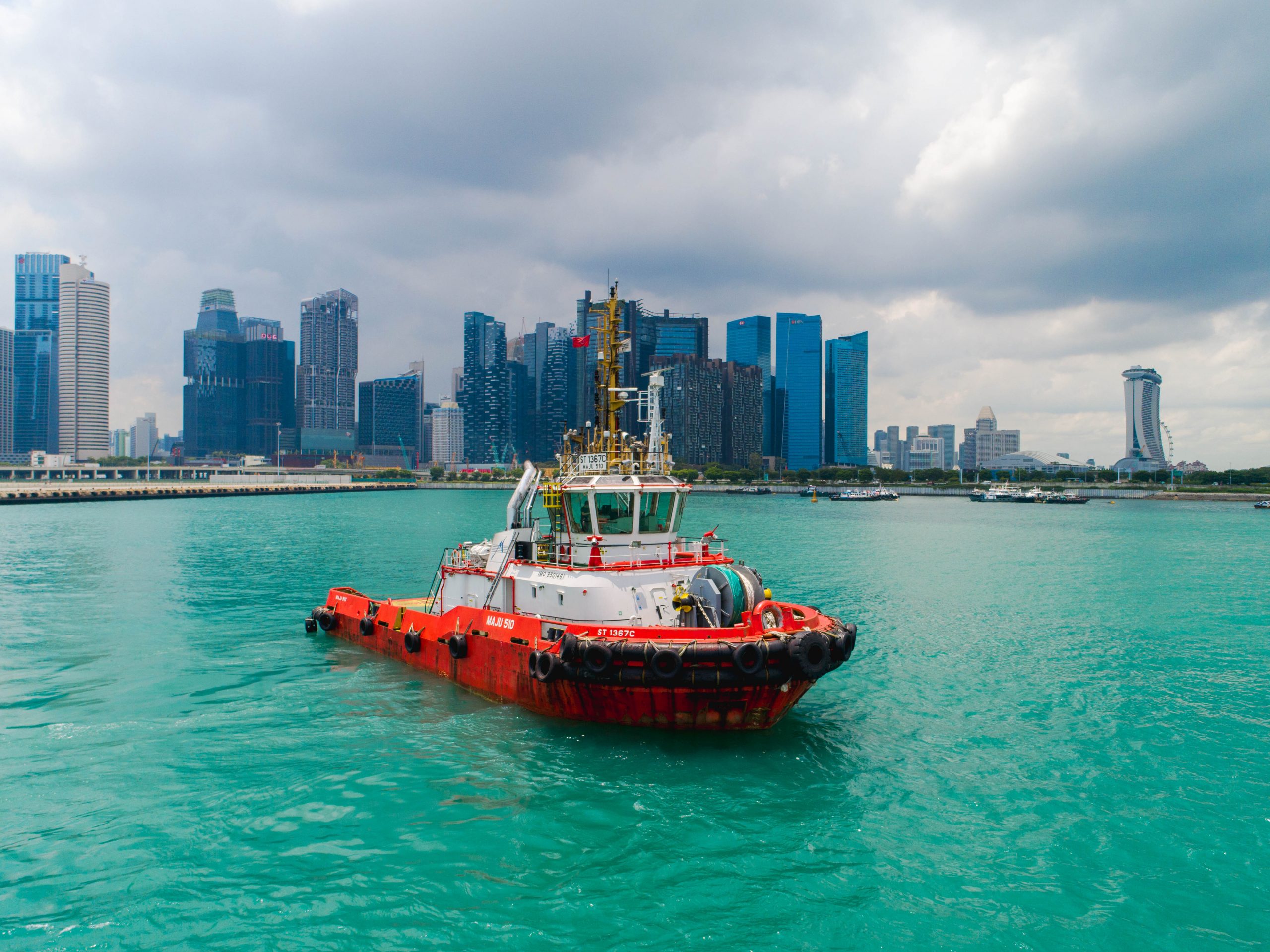 ABB and Singaporean shipyard Keppel Offshore & Marine have carried out South Asia’s first remote joystick control of a tugboat in the busy Port of Singapore. The trial is to help validate the increased safety and efficiency of tug operations utilising digital solutions already available today for nearly any kind of vessel.

The Port of Singapore, with more than 130,000 vessels calling annually, presents one of the most complex settings for autonomous port operations in the world. The trial of remotely operating the tug from a shore command centre located at the Maritime and Port Authority of Singapore’s Maritime Innovation Lab was performed in April 2021.

ABB supplied an integrated solution for the remote and autonomous control of the vessel based on the Ability Marine Pilot product family. This digital solution provided the sensor fusion from onboard systems to generate a digital situational awareness, while the control system executed the necessary intelligent manoeuvring and control commands.

‘The intent of this technology is to relieve the crew of tasks that can be automated, enabling them to perform at their best during critical periods and enhancing the overall safety and productivity of marine operations,’ says Juha Koskela, Division President, ABB Marine & Ports. ‘This trial also confirms the possibility for application of remote and autonomous technology to other vessel types.’

The technology solutions were retrofitted on the 32-metre harbor tugboat Maju 510. The vessel is owned and operated by Keppel O&M’s joint-venture company Keppel Smit Towage.

Tug operations, where a tugboat manoeuvres other vessels by pushing or towing them, often in crowded ports, can be extremely demanding, requiring the full attention of the crew. Additionally, tugs often have to complete lengthy and monotonous transit legs to get to their place of operation. Performing the transit autonomously and under remote supervision would enable the onboard crew to rest and be alert when they are needed in the actual work of the tug. Station keeping with remote assistance may also provide opportunities for onboard crew to rest rather than performing routine tasks that can be managed as effectively or better by remote crew. Romi Kaushal, Managing Director of Keppel Smit Towage adds: ‘With the Maju 510 as a pilot tug, we are able to experience and provide feedback on how autonomous operations can help the tug captain and crew in simplifying their navigation to focus on crucial tasks. This has the potential to significantly enhance operational safety and efficiency.’

ABB has previously delivered technology for the trial of a remotely operated passenger ferry, Suomenlinna II, carried out in Helsinki port in November 2018, proving that human oversight of vessels from any location is achievable using currently available technology.

The harbour tug project is funded by the Maritime and Port Authority of Singapore as part of the Singapore Maritime R&D Roadmap 2030 which charts out the nation’s key focus areas for the development of the maritime industry, as well as research and technological capabilities. The second phase of the project, scheduled for late 2021, will see the vessel perform autonomous collision avoidance tasks while under remote supervision.