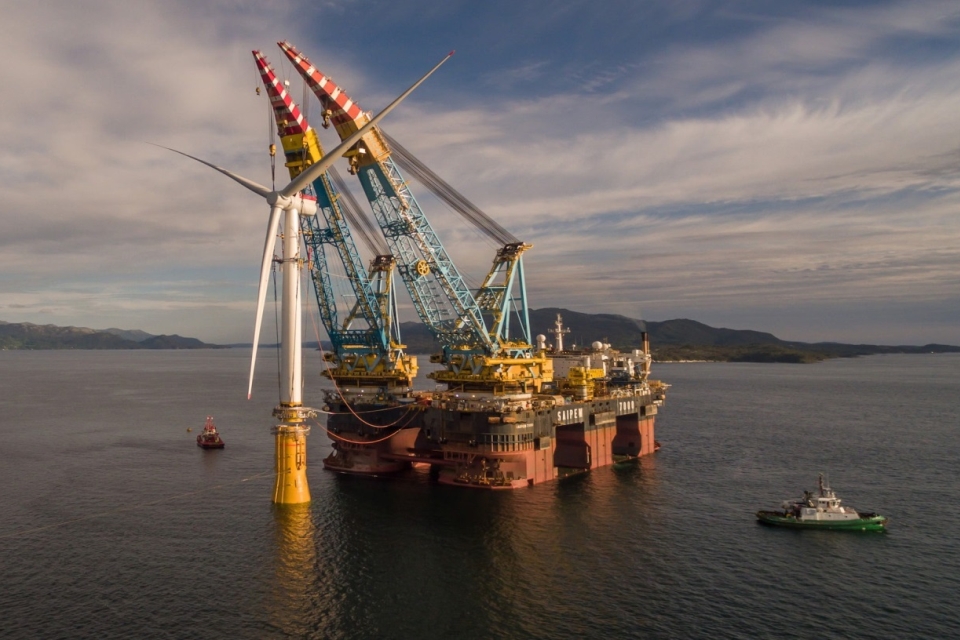 Saipem’s semi-submersible crane vessel Saipem 7000 has suffered an accident with its crane during load tests in Norway. The main block wire broke and the two cargo barges it was lifting were released into the water. No-one was injured, but for a short time, the Saipem 7000 did develop a list.

The accident occurred on 14 April off the coast of Amoyfjorden in Norway. After having completed DP trials as per DNV testing programme, the Saipem 7000 was performing the planned five-year main cranes load test, under the attendance of the classification authority.

Further to a preliminary assessment, it would appear that the main block wire broke during the test lifting operation and the testing load (two cargo barges) with the main block were released in the water. The two barges are said to have sustained major damage and also capsized following the incident.

The Saipem 7000, after an initial listing caused by the load release, promptly returned in a stable position. Saipem says a crane assessment is ongoing. The vessel was due to work on the Seagreen offshore wind farm off the east coast of Scotland, but it is as yet unclear whether the incident will affect planned work.