Germany detains Dilbar, one of the largest superyachts in the world 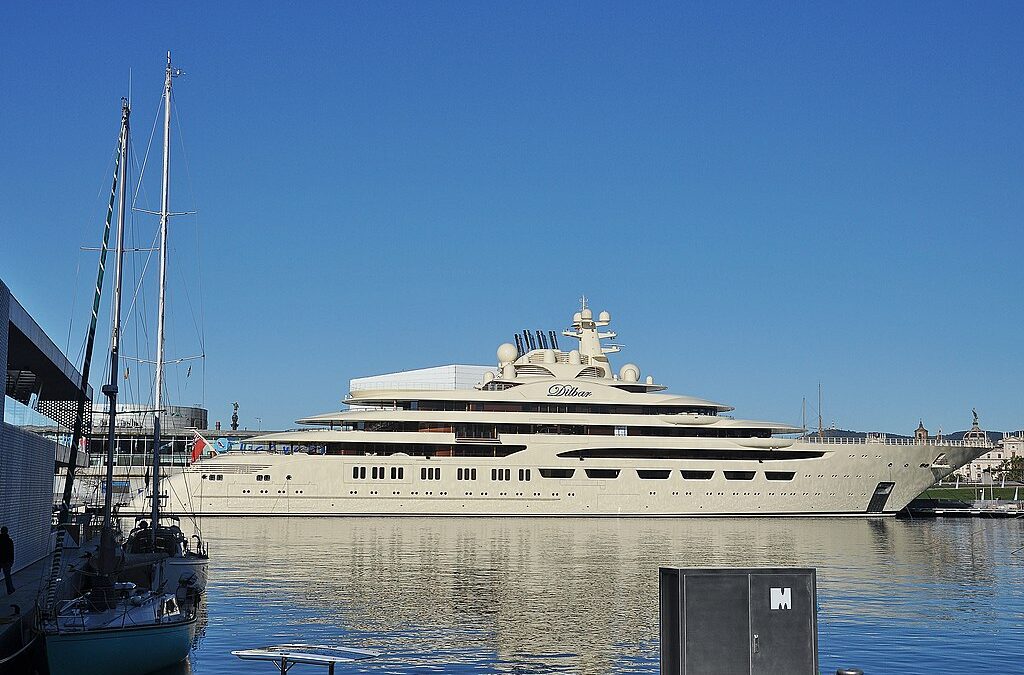 The luxury yacht Dilbar, moored in the port of Hamburg, has been detained because of the EU sanctions against Russia. The 156-metre yacht is one of the largest in the world and the asset was finally frozen after the German Federal Police succeeded in determining the owner.

The 156-metre yacht belongs to Russian oligarch Alisher Usmanov’s sister, Gulbakhor Ismailova, who is on the EU sanctions list composed after Russia invaded Ukraine. The vessel is now frozen, not confiscated.

The yacht has been in Hamburg at Blohm+Voss (part of Lürssen) since the end of October undergoing a refit. It is currently in dry dock. German news website Stern says the sanctions prevent the shipyard from continuing work on the yacht.

The Dilbar is not the largest yacht in length, but with a gross tonnage of almost 16,000 it is the largest by interior volume. Forbes estimates the yacht to be worth about USD 588 million. It was built by German superyacht builder Lürssen in 2016.

Yachts being seized across Europe

The Netherlands has so far detained twenty yachts. Of these, fourteen are under construction, two are in storage and four are in the Netherlands for maintenance. Nine are between 8.5 and 30 metres long, nine between 30 and 100 metres and two are larger than 100 metres.

In London’s Canary Wharf, authorities seized the USD 38 million Phi. The USD 75 million Axiom was seized in Gibraltar, and in Italy, authorities boarded the USD 540 million SY A, one of the world’s largest privately owned yachts. Yachts thought to be worth more than USD 16 billion are being held across Europe, in Finland, France, Norway, Spain, and Germany.

In Italy and other countries on the Mediterranean Sea, there are more luxury yachts belonging to claimed persons than in Dutch ports. Dutch Minister of Foreign Affairs Wobke Hoekstra has told Parliament that Italy has frozen EUR 850 million in assets. This mainly concerns yachts and real estate.