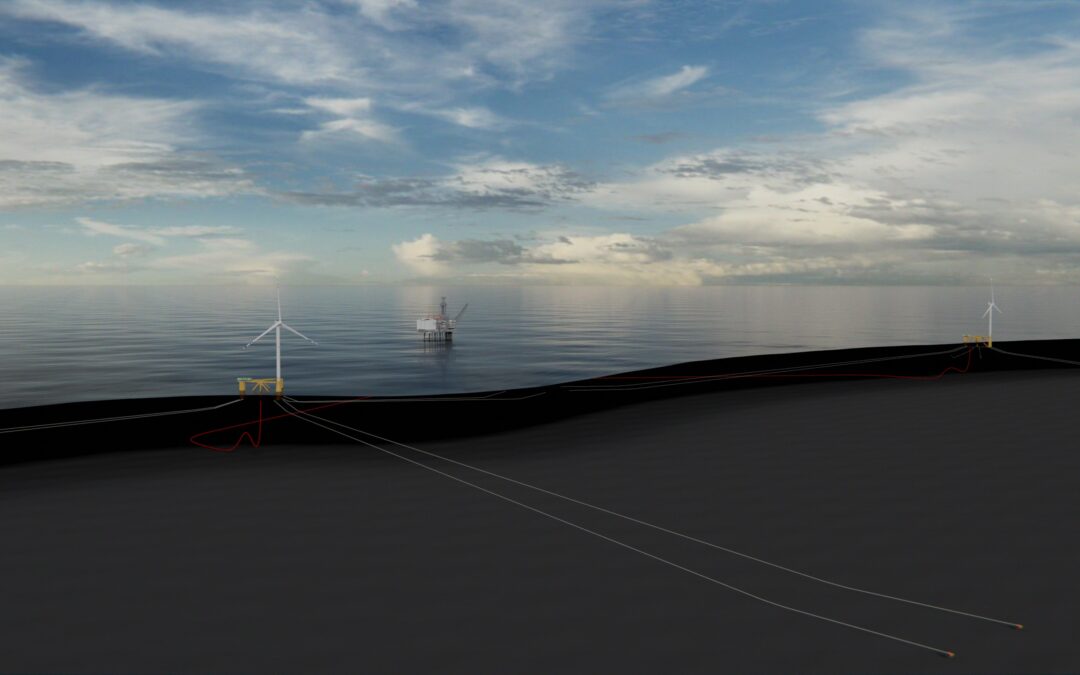 DNV has awarded Odfjell Oceanwind an approval in principle (AiP) for its new Deepsea Semi floating offshore wind foundation design. The foundation has been developed for use in floating wind farms and for off-grid applications including temporary electrification of oil and gas installations in harsh environments.

The Deepsea Semi foundation is dimensioned for up to 15 MW wind turbine generators and has been developed for low cost, industrial mass-production. The design basis includes all areas for floating wind farms currently in planning in the North Atlantic region, including Scotwind and Utsira Nord, and covers a range of 60 to 1300 metres water depth.

It is optimised for Siemens Gamesa’s SG 11.0-200DD and SG 14.0-222DD offshore wind turbines and is undergoing classification and certification from DNV on that basis. The AiP is part of this ongoing class approval process involving Odfjell Oceanwind, Siemens Gamesa and DNV.

The proprietary Deepsea Semi design has been developed for use in Odfjell Oceanwind’s fleet of Mobile Offshore Wind Units (MOWUs) by its in-house design team. Odfjell Oceanwind plans to order the first batch of MOWUs later in 2022, with a plan of going into operation in 2024. The units will be operated as one fleet under Odfjell Oceanwind’s management.

Odfjell Oceanwind intends to build the first MOWUs for electrifying offshore oil and gas installations and will contribute to significant decarbonisation of the industry, complementing electrification with power from shore. The Deepsea Semi design also allows for an integrated WindGrid module, using hybrid technologies and energy storage for uninterrupted power supply to installations not connected to a larger power grid.

The WindGrid module has been designed and optimised by Siemens Energy to enable energy storage systems, including the BlueVault battery energy storage and BlueDrive converters. DNV has previously verified that MOWUs with WindGrid may contribute with up to sixty to seventy per cent reduced emissions compared to power generation from gas turbine generators alone.

An Approval in Principle (AiP) is an independent assessment of a concept within an agreed framework, confirming that the design is feasible, and no significant obstacles exist to prevent the concept from being realised.

Picture: The Deepsea Semi floating wind foundation design has been developed for use in floating wind farms and for off-grid applications including temporary electrification of oil and gas installations in harsh environments.