First 43 Ever Forward containers arrive at Port of Baltimore 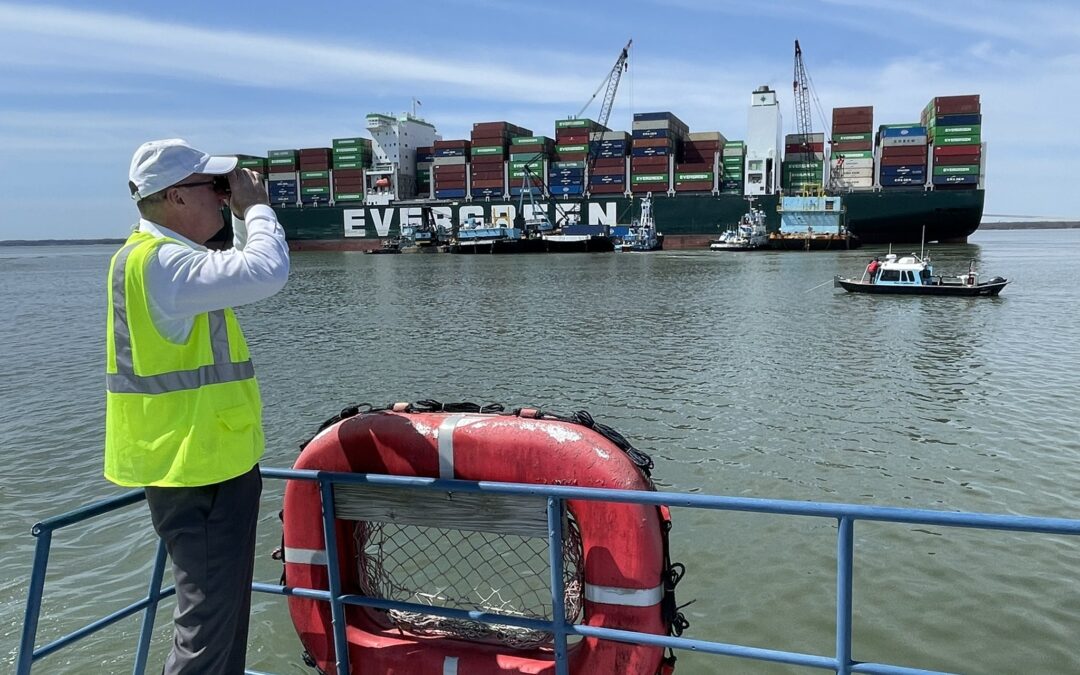 The first barges carrying containers of the 11,850 TEU grounded container ship Ever Forward have arrived in the Port of Baltimore. William Doyle, Port Director, says 43 containers were offloaded yesterday, 11 April, while so far over 160,500 cubic metres of soil have been dredged from around the vessel.

The US Coast Guard announced the plan is to remove about 500 containers from the container ship that has sat grounded in Chesapeake Bay since 13 March before another refloat attempt will take place. Two previous refloat attempts after dredging around the vessel have failed.

Initially, a third refloat attempt would take place once dredging around the vessel to a depth of 43 feet (over 13 metres) was completed. The salvors involved felt, however, that dredging alone would not be enough to pull the vessel free.

Doyle said the removal of containers was slowed down by poor weather conditions on Monday, but operations were picked up again on Tuesday. While the 43 containers were delivered to the port, two more barges were loading up, with each barge capable of transporting 20 to 23 containers. So the actual number of containers removed so far is expected to be much higher today.

Removing the containers is expected to take about a week and only takes place during daylight hours. This could mean a new refloat attempt might take place during or after the weekend, depending on weather conditions for the rest of the week.

Picture by the William Doyle.