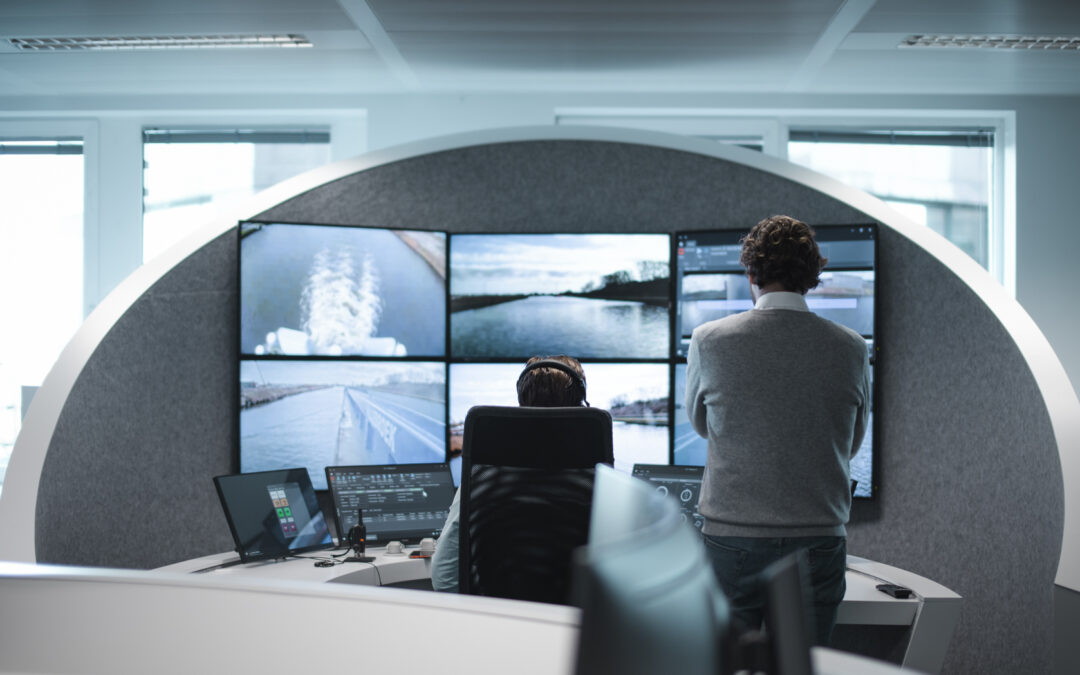 Alewijnse and Seafar have joined forces to contribute to the development of autonomous shipping. In a new partnership, Alewijnse will work with Seafar on the integration of its innovative on-board remote control systems and the optimisation of technical maintenance and support.

In the future, Seafar expects captains will work ashore instead of on board the vessels they command. From a control centre, each captain will direct several ships at once, which may be sailing on different canals and rivers. Only a few sailors will be on board, for maintenance, docking and (un)loading. Should an emergency arise, a helmsman on the bridge can take temporary control of the ship.

Seafar has already made this semi-autonomous sailing a reality by controlling ten ships from a control room in Antwerp, and it is planning similar facilities in Namur and Dordrecht. The company aims to have thirty new and existing ships operational, in both inland and coastal shipping, by the end of the year.

To advance its plans, Seafar is joining forces with Alewijnse to take steps towards the development of innovative systems that will connect with electrical equipment on board to enable remote maintenance and other interventions direct from the control centres. Seafar captains steer up to three ships at a time, eighty per cent goes autonomously, with only a few crew remaining on board.

The major advantage, according to CEO and founder Louis-Robert Cool is that: ‘The captain can do his job in eight hours, and then another captain takes over his shift, and so on. Also, the navigation and manoeuvring can be done in a very efficient way through the application of innovative techniques such as artificial intelligence, which can predict behaviour using algorithms, and machine learning, which can identify objects and the surrounding environment using sensors, in order to optimise sailing behavior. These are unique techniques for inland navigation that, by combining different elements, form an efficient whole.’

Rollout of new systems and maintenance

To further advance its semi-autonomous sailing capabilities, Seafar searched for a party in the market to work with on the rollout of new systems, providing technical support, maintenance and remote services. Alewijnse will fill that role. As a system integrator, the company offers a comprehensive package of technical solutions that includes full electrical installations, systems for energy distribution, generation and propulsion, process automation, audio, video and ICT and systems for safety, navigation and communication.

‘Together we would like to expand our network and enter into partnerships in the Dutch market,’ continues Cool. ‘We are keen to link up on new projects with Alewijnse, to take on several at the same time and to optimise the service we provide to our customers, in order to make more vessels #SeafarReady! for the future.’

According to Cool, semi-autonomous sailing is the answer to the current problems in inland navigation. ‘On the one hand, the road to obtaining a license is not an easy one, but on the other hand there is a huge shortage of crew. By 2030, it is estimated that the sector will be short of around 6000 people. By implementing new technologies, it is possible to change the working practices and make the job of captain not only more attractive, but also increase the resources available because sailing has become more efficient. There is also a business case for boosting inland navigation, because it frees up more capital for investments into sustainable technology.’

Tom Milder, COO at Alewijnse adds: ‘The major advantages of unmanned sailing are saving costs, the possibility of 24/7 sailing while observing the work and rest time regulations, and increasing safety. It also improves the working conditions of the captains, who can now do their job in a comfortable, dry and warm environment, with screens in front of them and seated in comfort, and with attractive working hours and travel distances. In addition, the local regulations are favourable. In Belgium, they are already well advanced in developing permits, especially in Flanders, and in the Netherlands things are starting to move as well.’