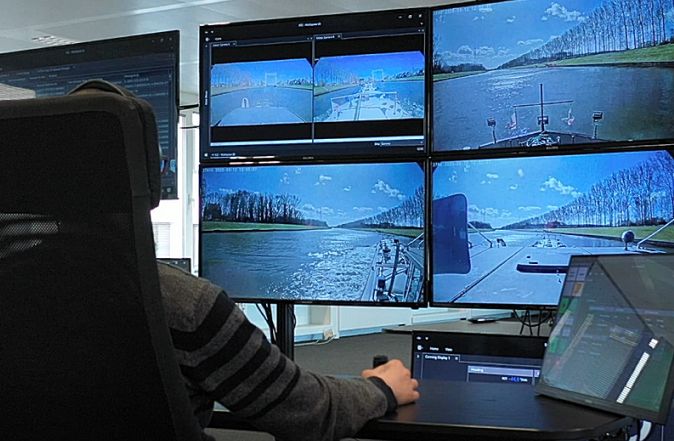 RenssenDriessen Shipbuilding has begun construction of ten semi-autonomous ships. The vessels, named “River Drones” by the undisclosed Belgian owner, are suitable for dry cargo and containers and will be operated from the Seafar Control Centre in Antwerp, Belgium.

The vessels will be equipped with in-house developed Seafar technology and a hybrid propulsion system.

‘From a Seafar Control Centre, the ships are safely guided through the water. Optimal vessel performance is achieved through increased navigation time and optimised crew efficiency. This is a first step in what we believe is the future,’ says Wim Driessen, owner of RensenDriessen Shipbuilding. ‘Construction of the first three hulls has just started in China and they will arrive in the Netherlands in the second quarter of 2022. The seven remaining hulls will follow in 2022.’

The 106-metre-long vessels will be finished by Asto Shipyard in the Netherlands, in cooperation with various partners. The vessels will be propelled by two new Equadrives fitted with thrusters from VerhaarOmega. The Equadrives are powered by two Mitsubishi generator sets supplied by Koedood Marine Group. Koedood Marine Group recently received EU Stage V certification for these generator sets. Werkina has been commissioned to build in all the electronics.

The Equadrive is a 360-degree rotating all-electric poddrive. Advatages of this poddrive are that it saves space on board, that it is a direct propeller drive without gears, that it has natural water cooling and offers a whisper quiet operation.

‘The River Drones represent a new generation of sustainable vessels. We are looking forward to develop this project further in the coming months and would like to thank our client for the order and the trust in RensenDriessen Shipbuilding,’ concludes Driessen.