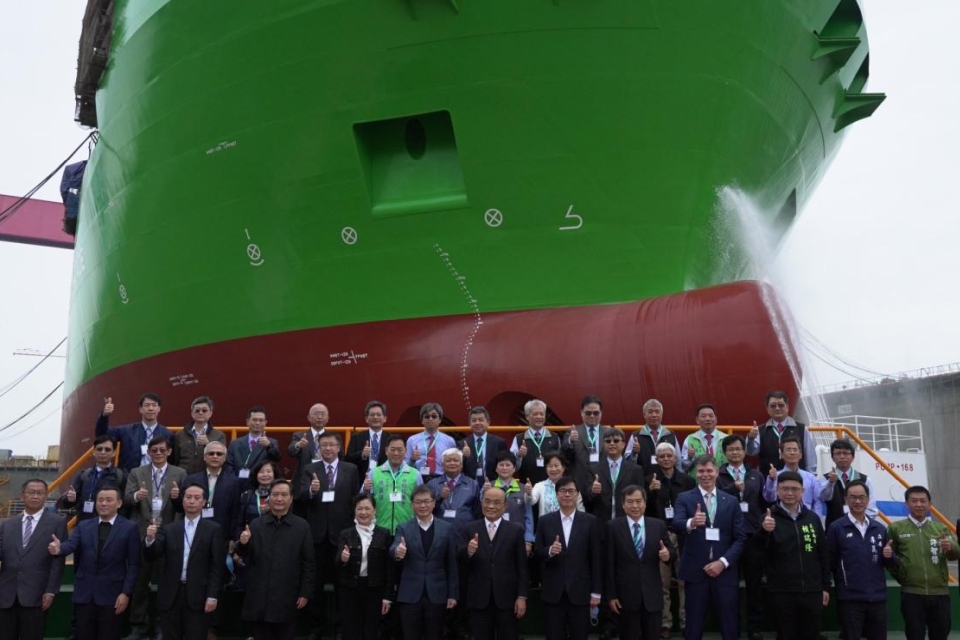 The Taiwan shipyard CSBC has launched the Green Jade. Owned by CDWE, a joint venture between CSBC and DEME Offshore, it is the first floating DP3 offshore installation vessel to be built in Taiwan. The ship is designed for the next generation of multi-megawatt turbines, jackets and components.

The official launching ceremony was held at CSBC’s shipyard in Kaohsiung, Taiwan. CSBC is the largest shipbuilder in Taiwan.

The construction of the Orion was not without problems. In May 2020, as the vessel was nearing completion, a load test with the 5000-tonne crane went wrong. The hook collapsed resulting in severe damage to both crane and ship. The crane in question, the HLC 295000, is the largest offshore crane Liebherr has ever manufactured. Repairs have taken a long time with the Orion’s delivery only now coming into view.

With a 4000-tonne crane capacity, the Green Jade will enable CDWE and its customers to transport multiple jackets and foundation components for the new giant wind turbines in a single shipment, making it extremely cost effective.

Green Jade highlights CDWE’s ambitions to play a key role in the development of the offshore wind industry in Taiwan and the wider Asia Pacific region. ‘Green Jade’ is already set to be deployed for both the Hai Long and Zhong Neng offshore wind farm projects.