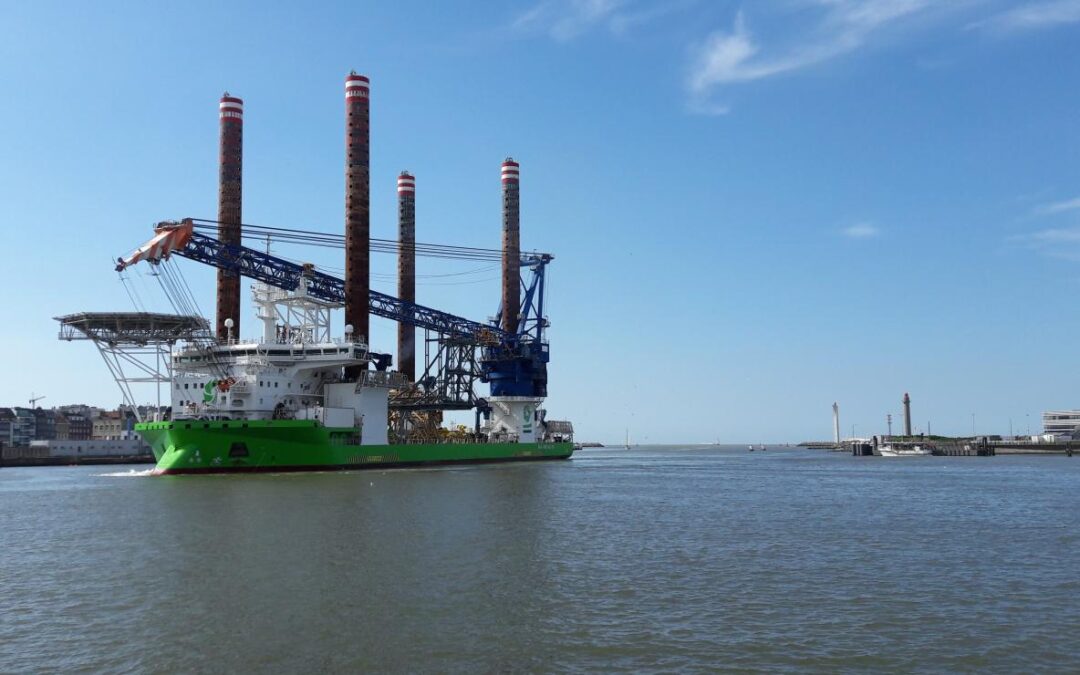 DEME Offshore, the dedicated division of DEME Group, is getting ready to retrofit its Sea Installer vessel. She will be equipped with a more powerful crane with a capacity of 1,600 tonnes, which will be able to lift wind turbines of the next generation. The modernised vessel will be used at the Vineyard Wind 1 project in the U.S.

Within a multi-year investment programme, DEME Offshore is upgrading its fleet for keeping pace with the times since the new wind turbines are becoming heavier. The new crane with a load capacity of 1,600 tonnes for the Sea Installer vessel will be supplied by Huisman, the Dutch leading manufacturer of heavy construction equipment. Currently, the ship can handle up to 900 tonnes. “We are willing to make the necessary investment in new technology to make sure that our fleet is ready for the future,” said Marro Vreys, business unit director for wind turbine generators at DEME Offshore.

The Sea Installer vessel was built in 2012 for offshore operations, particularly for installing wind turbines. DEME Offshore participated in 45 offshore wind farm projects across Europe and Asia and the mentioned ship was deployed in many of them. Currently, it is working at the Hornsea Two offshore wind farm in the United Kingdom. The first project after modernisation will be in the U.S. It is the Vineyard Wind 1 farm where 62 GE Haliade-X offshore turbines will be installed. Each of them will have a height of 248 metres, a 220-metre long rotor and 107-metre long blades.