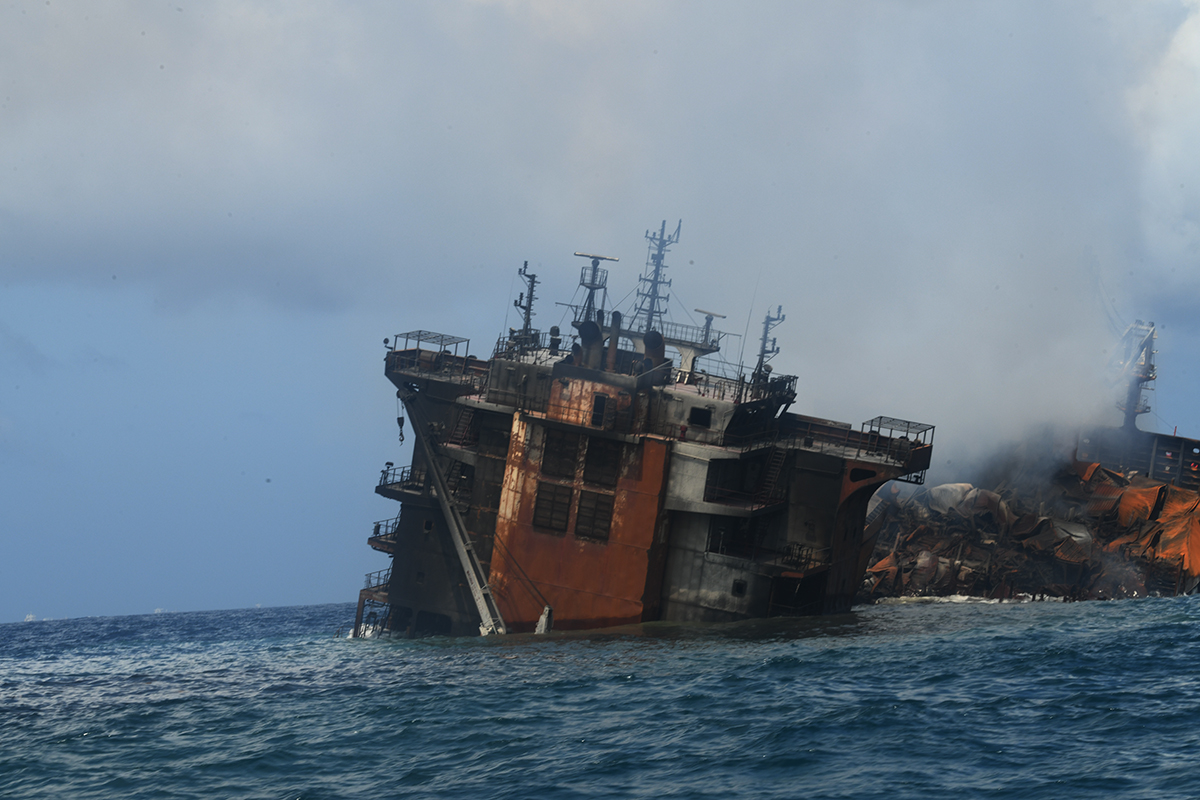 ​X-Press Feeders, operators of the fire-stricken container ship X-Press Pearl, report that all cargo debris outside the wreck’s 1000-metre safety zone has been recovered from water depths over 10 metres, including the final two nurdle containers. Operations for removal of the wreck are underway.

Salvor Resolve Marine is no longer engaged in any offshore activities and the chartered support vessel MMA Prestige has been demobilised and returned to Singapore. Resolve continues its work onshore to confirm that all recovered cargo debris is processed in Sri Lanka according to the relevant waste disposal laws.

The National Aquatic Resources Research and Development Agency (NARA) was contracted to survey the area between the beachline and 10 metres water depth, with around 75 per cent of the survey area now assessed. A local diving firm has been engaged to verify and recover those targets belonging to the X-Press Pearl, with works scheduled to be completed before the onset of the southwest monsoon season at the end of April.

On the Sri Lankan beaches, Oil Spill Response Limited and local resources are still clearing affected areas from plastic nurdles and other debris related to the incident.

Initial work by the Shanghai Salvage Company to clear debris inside the 1000-metre safety zone has been suspended until the removal of the wreck is completed. The removal process is well underway, with 52 of the 64 planned lifting slings already in place installed, with the remaining twelve to be installed throughout April.

In addition to the lifting slings, the accommodation block will also be removed from the hull before operations are suspended due to the monsoon season starting at the end of April. In November, salvage work will continue and will see the wreck split in two and preparations made to lift the wreck sections. All in all, it will take until September 2023 for the entire operation to be concluded.

X-Press Feeders continue to work with the Sri Lankan authorities towards lifting the travel ban for the Russian Captain, Vitaly Tyutkalo, the only remaining crew member in Colombo. He has been away from home for more than ten months now.

The ship has since been resting on the seabed with a massive cleanup operation continuing around it and ashore and preparations being made for removal of the wreck.