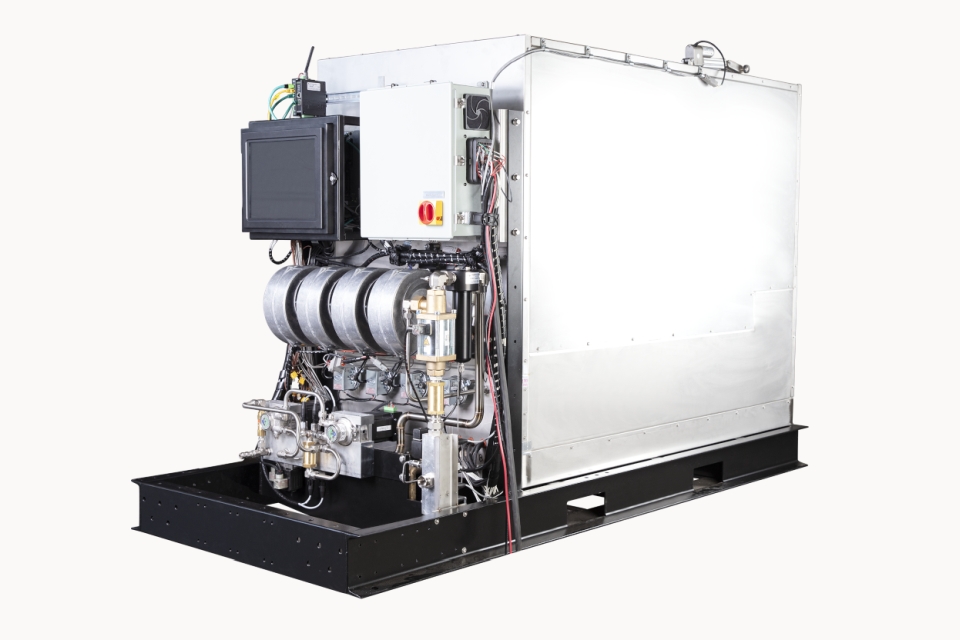 RIX Industries has presented a methanol-to-hydrogen solution that produces hydrogen-on-demand for ships. The system allows ships to meet emissions mandates while reducing design complexities centred on the need for shipboard hydrogen storage.

In this type of design, hydrogen is not stored, but rather created as needed through a safe and efficient reforming process, allowing the methanol-to-hydrogen propulsion strategy to be distributed across a vessel’s infrastructure.

‘Understanding the options for clean, green propulsion may only be the starting point in the goal of reduced emissions. It is a challenge compounded by the potential for long-term impact on ship architecture,’ says Bryan Reid of RIX Industries. ‘While hydrogen is an appealing answer industry-wide, its deployment is deeply complicated by cryogenic temperature requirements and/or high-volume, high-pressure storage. However, the ability to generate hydrogen on-demand is breaking through these barriers, tapping into safe, convenient methanol to eliminate complexity and achieve decarbonisation.’

For existing vessels, no major retrofit of ship infrastructure is necessary to deploy hydrogen-on-demand. With proper cleaning, tanks currently used for diesel storage can instead store liquid methanol at ambient temperatures. Cryogenics and high-pressure storage are not required.

With high-pressure capabilities no longer necessary, tank size and shape can be more flexible in nature. For new vessels, this characteristic enables naval architects to design creatively shaped tanks for best fit. By redefining the footprint required for propulsion systems, premium deck space or cargo volume that might have previously been unavailable is freed up.

Methanol tanks can be incorporated within any void in a ship’s structure – custom-fit to make use of otherwise unusable space. Instead of a traditional engine room, new ship designs may include a reformer area featuring a primary methanol-to-hydrogen system. Capacity can then be extended by capitalising on small spaces across the ship for additional reformers and methanol tanks.

Methanol-to-hydrogen conversion occurs within a self-contained system, such as the RIX M2H2-Series, creating a steady stream of high-purity hydrogen when and where needed. Systems are modular, scalable, and commercially available – and when combined with PEM fuel cells can support power needs ranging from 10 kW to MW applications.

At the same time, systems are said to ensure high energy efficiency (over eighty per cent) and meet reduced space and weight requirements, operating in contrast to pure hydrogen storage’s heavy footprint. Most importantly, they produce high-purity hydrogen with no NOx, SOx, or particulate matter (PM). When renewable methanol becomes available, this can be reformed to achieve net zero CO2 emissions.