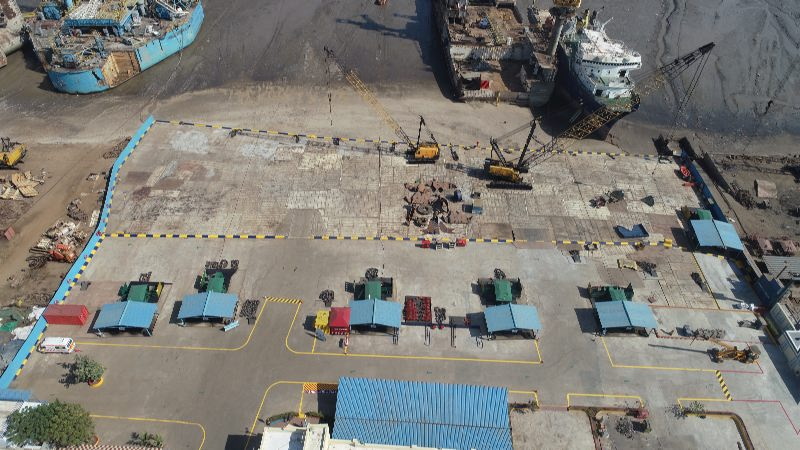 The European Community Shipowners’ Associations (ECSA) is throwing its weight behind a controversial proposed amendment to the EU’s Waste Shipment Regulation that would effectively make it possible to recycle EU-flagged ships at non-OECD shipbreaking facilities in South Asia. This is presently prohibited under the Basel Convention.

The Basel Convention on transboundary shipments of hazardous waste has been transposed into European law as the EU Ship Recycling Regulation (EUSRR) that requires EU-flagged ships to be recycled at yards on an EU-approved list.

However, this has led to a situation where some shipowners have circumvented the so-called Basel Ban by switching to flags of convenience before selling ships for recycling to take advantage of higher steel prices at South Asia yards, despite a track record of environmental pollution and accidents caused by unsafe practices at some of these facilities.

Crack down on switching to flags of convenience

The European Union is now seeking to crack down on this practice and to clarify the legal framework for recycling of EU-flagged ships with the recently issued proposal to amend its Waste Shipment Regulation, which would also lead to changes to the EUSRR if approved.

This would impose stricter rules on exports of hazardous waste to non-OECD countries intended to ensure that facilities receiving this waste have been audited and can manage it sustainably.

Importantly, this amendment distinguishes between EU-flagged ships on which the decision to recycle is taken inside or outside EU territory – and basically allows for those sold for scrap outside the bloc to be recycled at non-OECD facilities provided these are on the list of EU-compliant yards.

ECSA has now come out strongly in support of the amendment in a new position paper on the proposal as the stage is set for a lobbying battle ahead of talks by EU policymakers due to take place in May.

The proposal addresses a “legal uncertainty” over whether non-OECD recycling facilities could ever gain inclusion on the EU list, even if they comply with the EUSRR, given the inclusion in the latter of the Basel Ban Amendment in 2019 that bars exports of hazardous waste to developing countries, the ECSA says.

‘The new proposal on shipments of waste clarifies the legal framework applicable to the recycling of EU-flagged ships when they become waste outside the EU,’ states the body, which represents nineteen national shipowner associations in the EU and Norway controlling nearly forty per cent of global commercial tonnage. ‘It confirms that they can be recycled in recycling facilities located outside the OECD if they meet the requirements of the EUSRR and are added to the EU list.’

The ECSA says this legal anomaly has threatened to put the brakes on ‘substantial progress’ in upgrading standards at some South Asian yards, such as those in Alang, India, that are ‘close to being accepted in the EU list’.

Singapore-based consultancy Sea Sentinels, which supervises sustainable recycling projects including hazardous waste at yards in South Asia and Turkey, believes the proposal marks a ‘significant shift’ as it gives a clear incentive for these facilities to continue to upgrade to finally gain EU compliance.

‘In the absence of a globally enforced recycling regulation, this is an important step to incentivise continued improvements in health, safety and environmental standards at these yards,’ says Sea Sentinels chief executive Rakesh Bhargava. ‘It is vital that facilities seeking to achieve EUSRR compliance can be included in the EU list as these can provide the necessary capacity for sustainable recycling of larger EU-flagged ships for which there is little capacity available at existing yards on the list. This would also enable South Asian yards to compete on a level playing field.’

Also read: How Heerema had its crane god Hermod recycled in China

This view is echoed by Maria Skipper Schwenn, executive director for climate, environment and security at shipowner association Danish Shipping: ‘It is counterproductive to prevent facilities in non-OECD from ever being EU-approved taking into account the fact that more than seventy per cent of all vessels are recycled in South Asia. It is imperative that these facilities are not prevented from applying for approval under the EUSRR.’

However, NGO Shipbreaking Platform contends the recycling decision on EU-flagged vessels should instead be based on the location of the shipping company’s head office, which in many cases would continue to bar shipments of hazardous waste from the EU to non-OECD yards under the EUSRR. But the ECSA states: ‘The EU should not embrace or cave into protectionist measures that will cut off facilities making substantial progress from the ship recycling market.’

Picture: A number of yards in Alang, India have made major strides in upgrading ship recycling standards in a bid to attain EU compliance (by Shree Ram Group).