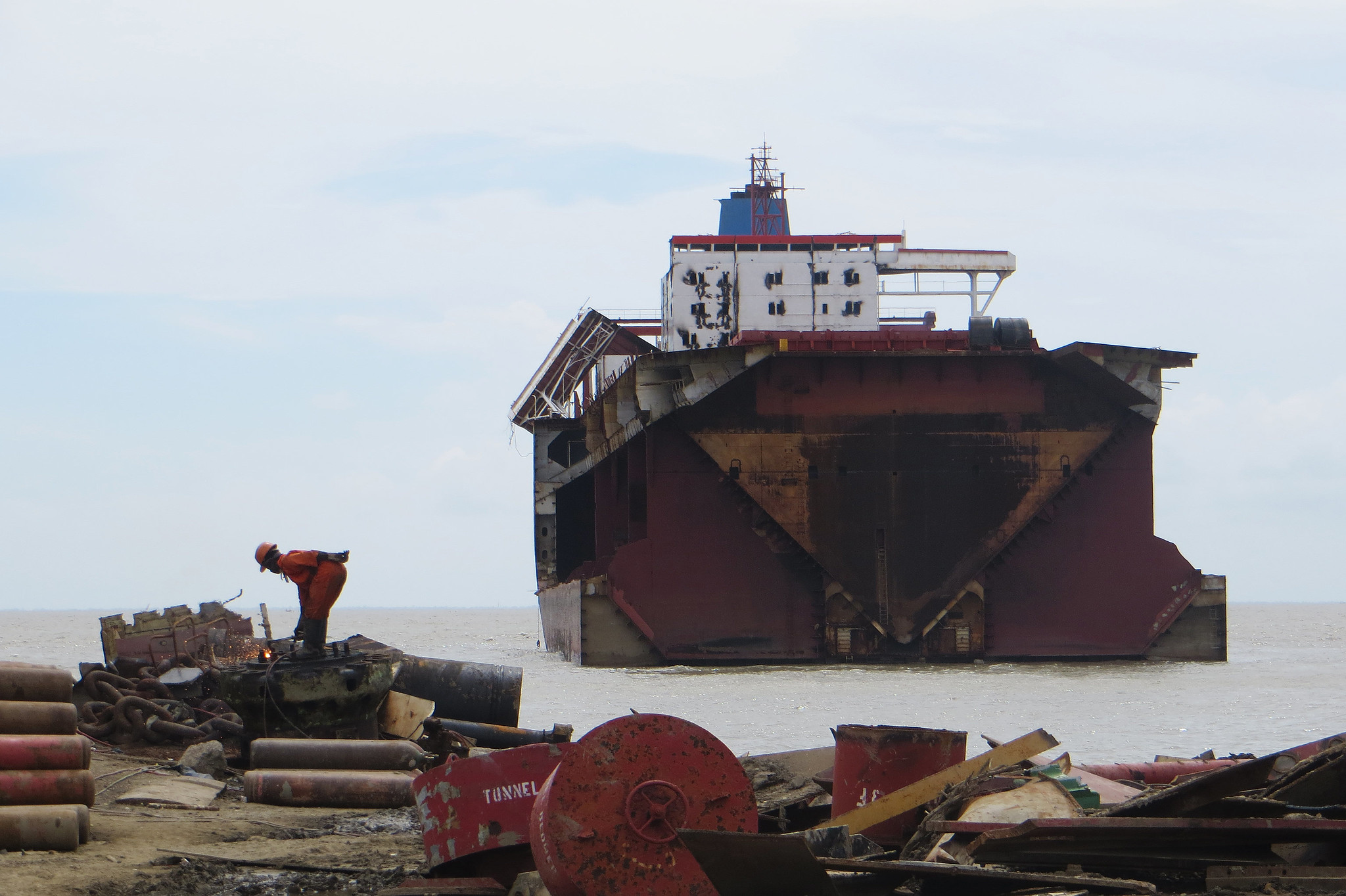 Under the treaty, ships to be sent for recycling are required to carry an inventory of hazardous materials, specific to each ship. Ship recycling yards are required to provide a Ship Recycling Plan, specifying the manner in which each ship will be recycled, depending on its particulars and its inventory.

Two criteria to be met before Convention enters into force

So far, seventeen states have signed the convention. These are Belgium, Congo, Croatia, Denmark, Estonia, France, Germany, Ghana, India, Japan, Malta, the Netherlands, Norway, Panama, Serbia, Spain and Turkey. This means the first criterium of at least fifteen countries acceding has been met.

The Convention will enter into force 24 months after all three criteria have been met.

Picture: Taken during an IMO mission to the Bangladesh recycling project in February 2015 (by IMO).