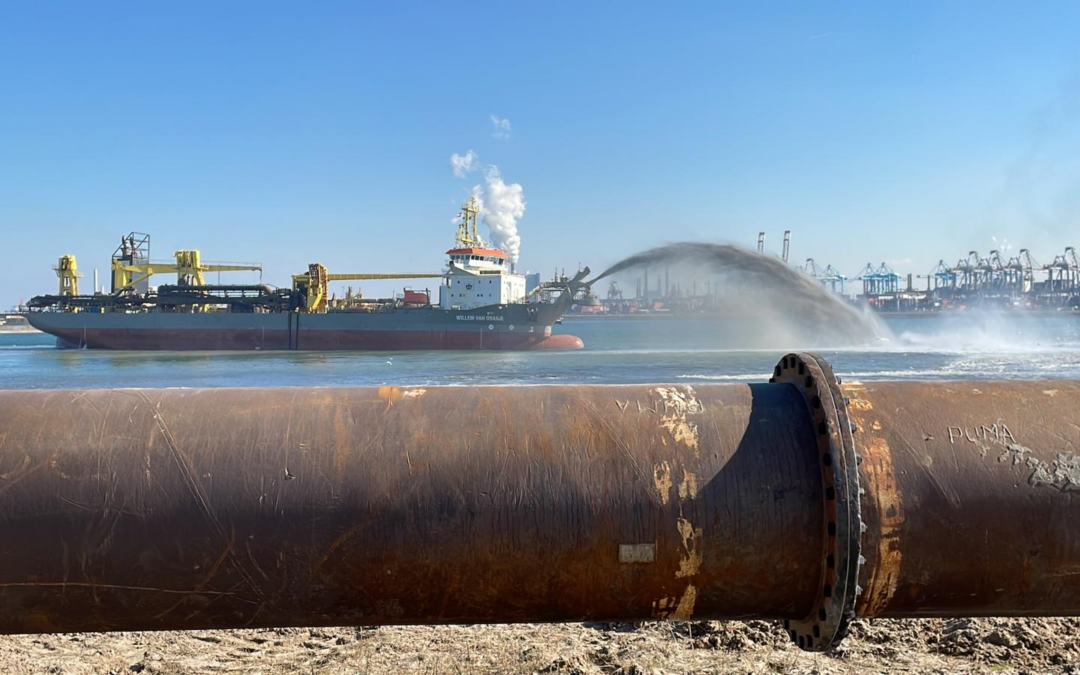 At Maasvlakte 2, 55 ha of land is being raised for companies that make renewable fuels and chemical products. Marine engineering company Van Oord has recently started with the project.

Finnish company UPM is making plans to establish its business here, and the Port Authority wants to make space available to other companies that make products from residual materials. Concentrating these types of companies brings about a cluster of companies that can use the same infrastructure, including pipelines.

Van Oord is delivering a total of 5 million m3 of sand onto the southern part of Prinses Alexiahaven. In anticipation of specific plans for the area, this part of Maasvlakte 2 had not been raised yet. The new land will be raised to six metres above New Amsterdam Water Level (NAP).

Van Oord expects the work will be completed in July. Next, the sand will have to settle for half a year before it can be built on. A layer of clay will be placed on top, after which grass will be sown to prevent the sand from being blown away.

Preparation of the site followed the Finnish company UPM’s recent announcement that it is now only looking at Rotterdam as a location for establishing its new biorefinery in Rotterdam. Thus, it could be the first company of the new cluster for producing renewable fuels and chemicals. The site of this cluster is expected to measure approximately 90 ha in size. UPM’s decision on the new plant is not expected to be made before the end of this year.

At Maasvlakte 2, there is still space for expanding container handling and activities that fit in with the transition strategy of the port, such as green hydrogen production, landing of offshore wind power, and the production of renewable fuels. Space is available elsewhere in the port area, but these are mainly smaller sites. Additionally, various sites will be redeveloped in the course of time.