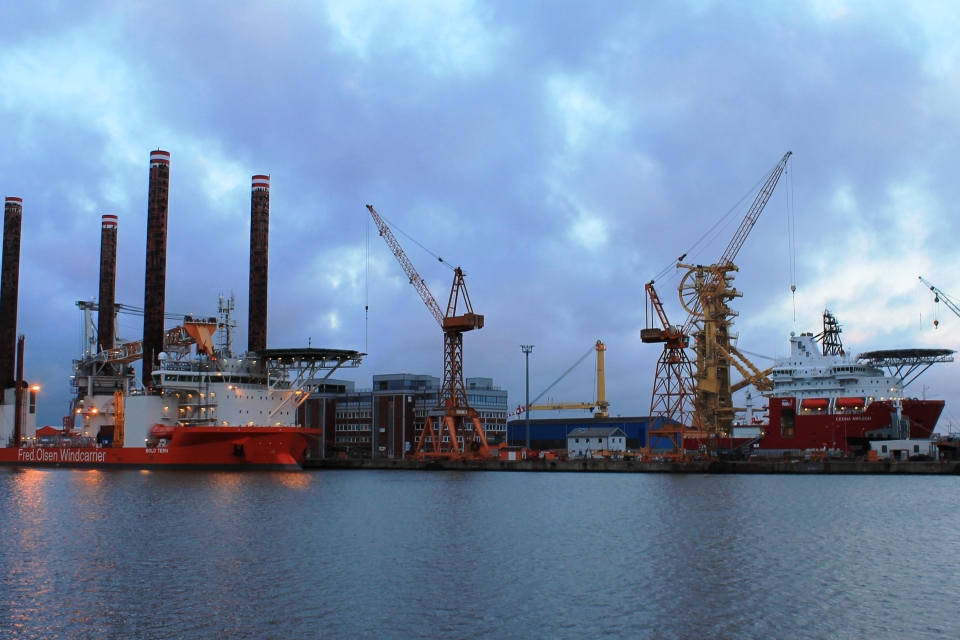 The insolvency administrator has announced that the Lloyd Werft Bremerhaven has been sold to the Rönner-Zech Group. The German shipyard is to be taken over before 1 April and the 230 employees are said to keep their jobs. Plans are for the yard to focus on ship repair.

The shipyard had to file for bankruptcy after its owner Genting Hong Kong ran into financial troubles in January. The filing followed just hours after Genting-owned cruise shipbuilding yards MV Werften did the same.

German Heinrich Rönner Gruppe and Zech Group and Al Seer Marine from Abu Dhabi were quickly identified as possible new owners. The latter had plans for the yard to be used for luxury yacht building. Although German media reported it seemed likely the Al Seer Marine bid would be successful, Rönner and Zech joined forces last week resulting in their becoming the new owners of Lloyd Werft.

Rönner has a background in shipbuilding and steel and Zech a background in building and real estate. They plan to use the yard as a conversion and ship repair yard and will use the northern part for commercial operations, such as steel construction, according to German website butenunbinnen.de. Rönner also owns the Bremerhaven Bredo shipyard.

According to German media, Rönner and Zech paid between € 20 and € 30 million for the yard and its real estate.

Dr Hendrik Heerma, partner in the law firm FRH Fink Rinckens Heerma Rechtsanwälte, Steuerberater, was appointed as the interim insolvency administrator for Lloyd Werft Bremerhaven on 10 January 2022. He has been able to reactivate the business operations of Lloyd Werft, which were scheduled for closure prior to insolvency, and acquire new orders. The administrator also says current orders were being continued.

Heerma says: ‘Within a very short time we have succeeded in stabilising the company, averting the reasons for insolvency and securing its continuation.’