VIDEO: Antarctic icebreaker Nuyina is a ‘floating Internet of Things’ 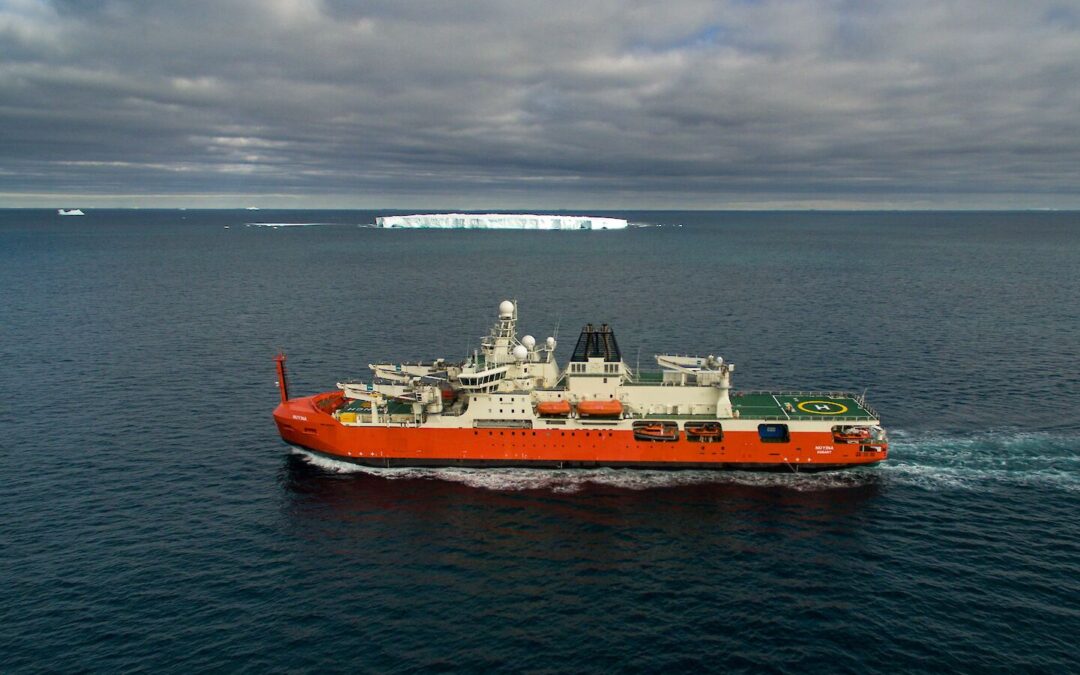 Antarctic icebreaker and research vessel RSV Nuyina is bristling with sensors that capture all kinds of environmental information, from the atmosphere to the deep ocean. There are so many data collecting sensors that Australian Antarctic Division “big data” scientist, Dr Johnathan Kool, likens the ship to a ‘floating Internet of Things’.

In August, Damen Shipyards delivered the Nuyina to the  Australian Antarctic Division (AAD). The ship then sailed to its home port Hobart, Tasmania, where it arrived on 16 October. At the end of January, it had completed its first Antarctic voyage, in which it among other things caught its first krill and mapped a glacial canyon.

Also read: What the Damen-built icebreaker Nuyina is up to in Antarctica

Damen called the Nuyina the most complex vessel it had ever built. However, in addition to being a one-of-a-kind ship, it also seeks to raise the bar on the kind of research it can carry out.

According to Kool, ‘Nuyina is a game changer in terms of the breadth of sensors that it has and the amount of information it’s collecting. We have meteorological sensors, seabed mapping and other acoustic sensors, and oceanographic sensors – and they all feed into our data collection system on the ship.’

The types of data collected are for long-term scientific, rather than day-to-day operational purposes, and include wind speed, humidity, vessel speed and orientation, water temperature, salinity, and raw data from the acoustic instruments.

The amount of data collected depends on the research being undertaken and which sensors are turned on.

‘The challenge is to estimate how much storage space we’ll need, and that will depend on whether big data generating systems are turned on, such as high definition video, radar, or the acoustic instruments,’ says Kool. ‘And because we’re collecting so much information, we have to think big about how we manage it and distribute it on a much larger scale than anything we’ve done before.’

To do this Kool has two portable, ruggedised data storage devices that can each store 80 terabytes of data. Once captured, the data is formatted and organised to comply with the Australian Antarctic Division’s onshore data management system. At the end of each voyage, the data from the hard drives are uploaded to a cloud for anyone to access.

‘With the seabed mapping instruments, for example, we amalgamate all sorts of data, including the three dimensional position and orientation of the ship in space, and waveform information from the acoustic pings bouncing off the seabed,’ states Kool. ‘Scientists can then download and process it to visualise the structure of the seabed and identify habitat characteristics – such as whether the seabed is rocky or silty.’

Free access to the data collected on Nuyina and elsewhere in Antarctica will contribute to improved weather and climate models, biodiversity models, navigation maps, and global efforts to map the world’s oceans by 2030.

Kool: ‘I’m a firm believer that better information leads to better decisions. There’s a broad range of people who will end up using this data, including atmospheric scientists, meteorologists, biologists, climate experts, and members of the public. In time, my vision is that we can open up our entire Australian Antarctic data collection for big data research.’

Watch a video about the Nuyina as a floating Internet of Things below.