Heerema to transport and install six jackets for McDermott 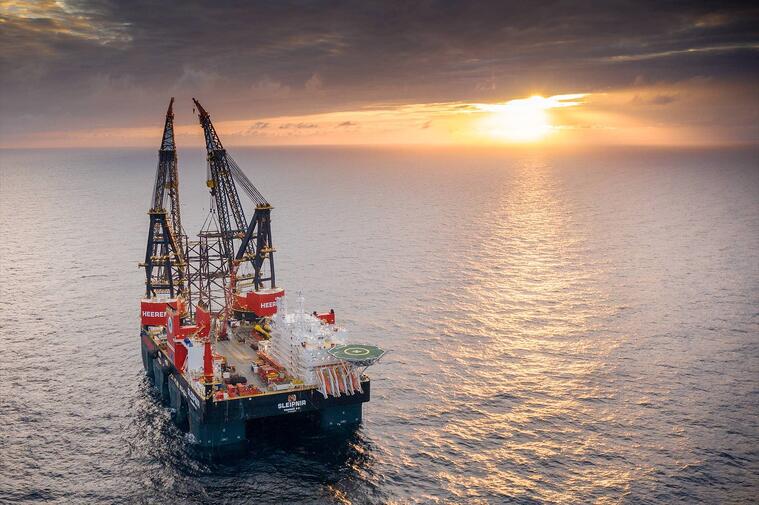 Heerema Marine Contractors has won a contract from McDermott to transport and install six large jackets within Saudi Aramco’s Marjan Increment program. The jackets weigh between 4500 to 6700 metric tonnes with a maximum footprint of 90 x 52 metres. Installation vessel Sleipnir will carry out the project in 2023.

In 2019, McDermott was awarded the second largest EPCI contract by Saudi Aramco in the Marjan Increment Development Project to provide engineering, procurement, construction, and installation (EPCI) of offshore gas facilities and pipelines.

The Marjan oil and gas field is located in the Arabian Gulf off the eastern coast of Saudi Arabia. The Marjan Increment program is an integrated development project to increase the production capacity from the Marjan offshore field.

Heerema’s contract includes the transportation and installation of six jackets, piles, and boatlandings, which make up part of the gas-oil separation plant (GOSP) complex.

Heerema will transport the jackets from the L&T yard in Oman to the Marjan offshore field using the company’s H-591 barge. The installation vessel will be Heerema’s largest semi-submersible crane vessel Sleipnir, which runs on emission-reducing LNG and has a lifting capacity of 20,000 metric tonnes.

Sleipnir will lift install the jackets and the 92 piles, which have a combined weight of 24,000 metric tonnes, in 2023.

The project will be run from Heerema’s Leiden Office and the soon-to-be-established Al Khobar office. The Marjan Increment project is an important step in Heerema’s ambition to expand activities in the Middle East further.