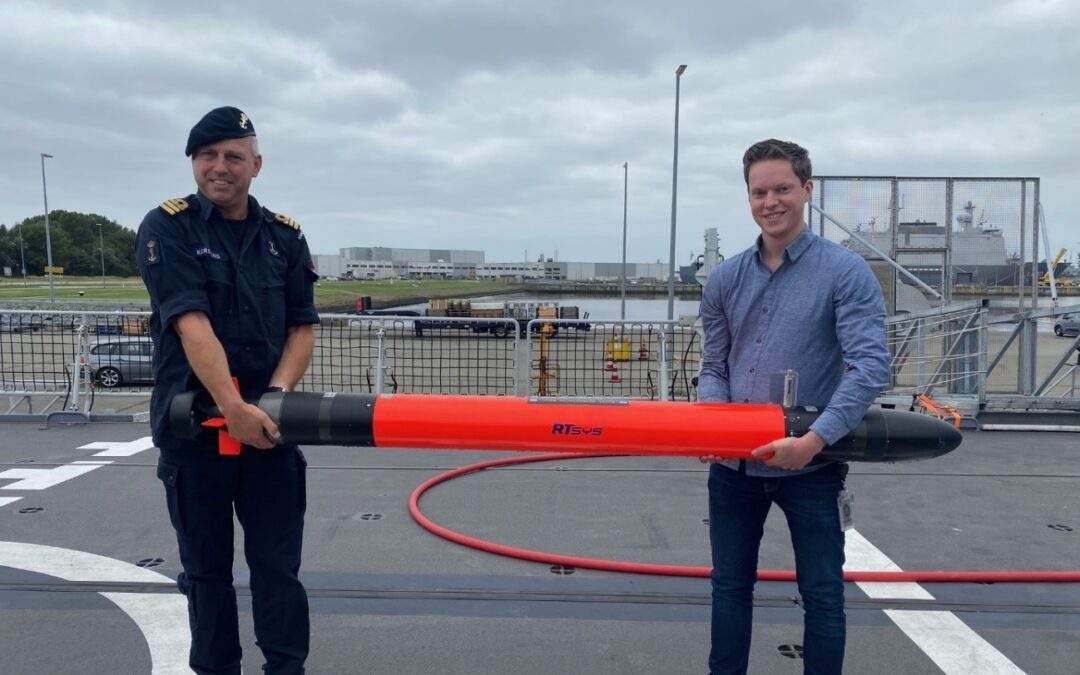 Detecting enemy submarines is an important task of both frigates and helicopters of the Royal Netherlands Navy. However, training personnel is expensive. Training time with submarines is limited and also costly. A new Anti Submarine Warfare training target deals with these problems.

The orange training target is over 2 metres long and pretends to be an actual submarine of several dozen metres long. A submarine hunter gets a lifelike image on the sonar equipment. The target reacts realistically to transmitted pings.

The ASW training target was purchased from a private party and screened at Dutch research institute TNO. The software bugs have been removed and the first specimen is now in use at the Dutch navy. A number of people from HNLMS Van Amstel, the Dutch Naval Maintenance and Sustainment Agency (DMI) and the Belgian-Dutch Ops School are now being trained to operate with the training target so that they can pass on their knowledge. In other words, train the trainer. The Netherlands will have a total of four training targets, Belgium three.