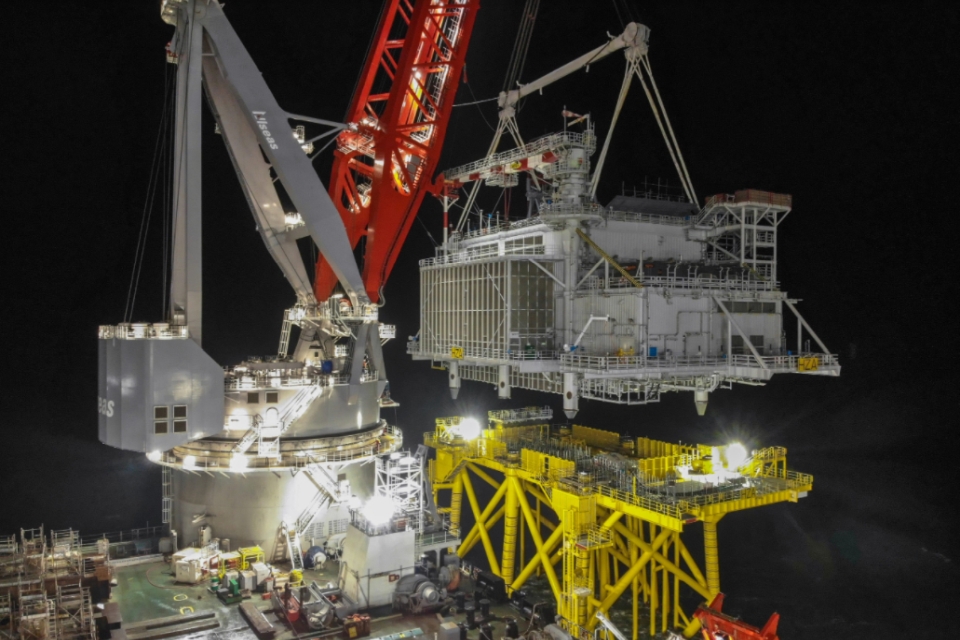 Allseas has installed the “Alpha” high-voltage convertor platform for an offshore grid that connects the major Dutch offshore wind farm Hollandse Kust Zuid (HKZ) to the Dutch mainland. The company deployed the Pioneering Spirit for the job, which it executed on Sunday 26 December.

Offshore transformer stations play a crucial role in the delivery of clean energy, converting the wind power generated by turbines to high voltage electricity and feeding it into the national grid. Alpha is one of two transformer stations that will connect the HKZ development with the Dutch mainland grid, generating enough clean electricity to power more than two million households per year. The convertor platform is located 20 km off the coast of The Hague.

‘It’s great to be involved in an energy project of such strategic importance to the Netherlands,’ says Edward Heerema, President and CEO of Allseas. ‘When Hollandse Kust Zuid is finalised in 2023, it will play an important role in the delivery of clean electricity to millions of homes.

Alpha is part of the Dutch Government’s pledge to develop 3.5 GW of offshore wind energy capacity by 2023. The pledge is being realised by Dutch offshore grid operator TenneT through five 700 MW wind farms. Installation of the identical Beta transformer station is planned for the first quarter of 2022.

Next generation turbines and monopiles

Heerema: ‘Pioneering Spirit has made a name for herself with record-breaking lifts for the oil and gas industry, but this latest project for the offshore renewables market reinforces the important role we can play in the energy transition, and further strengthens her reputation as the world’s most versatile construction vessel.’