Damen delivers one of its largest Shoalbusters to date 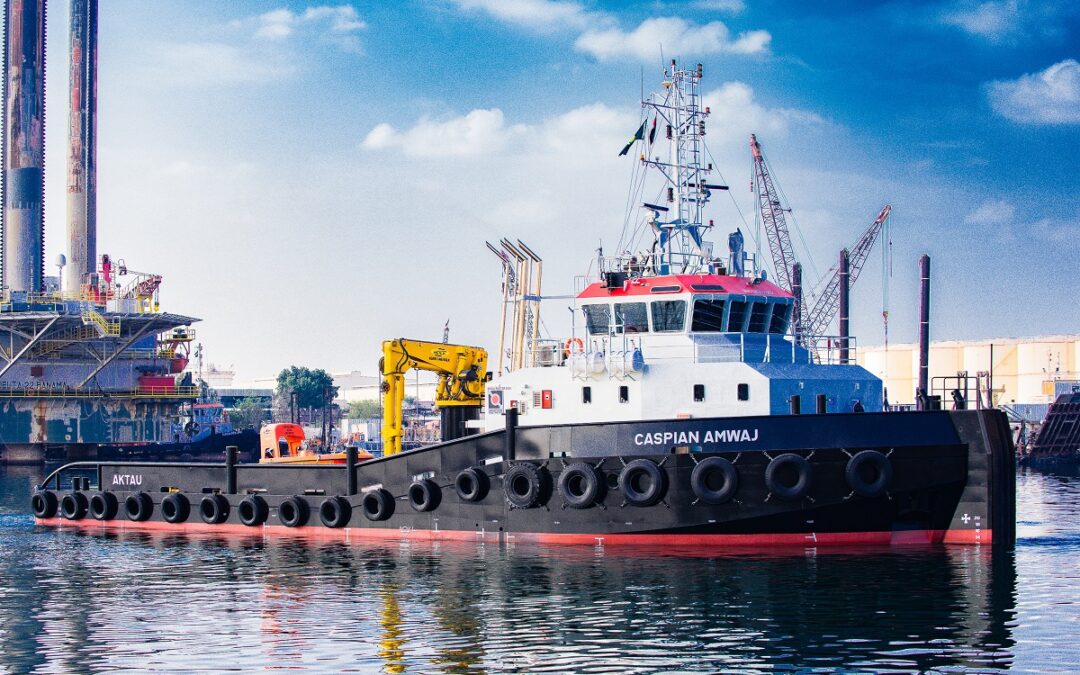 Named the Caspian Amwaj, the new addition to COC’s fleet will initially be deployed on a project in the Arabian Gulf, the company’s first in the region.

The Caspian Amwaj was built for stock at Albwardy Damen and the sale contract with COC was signed in mid-October 2021 with the handover taking place just four weeks later.

The Shoalbuster 3815 SD is a highly versatile workboat capable of taking on a wide variety of assignments. Handling anchors, buoys and hoses, as well as towing and other general support tasks for the offshore oil & gas industry, all fall within its operational profile. Suitably equipped, it can also undertake dredging and support activities in waters that few other vessels can access.

‘The ultra-shallow draught Shoalbuster 3815 SD was developed in close consultation with owners and operators of vessels operating in shallow waters,’ says Marc Tijssen, sales manager Damen Shipyards Group East & South-East Europe. ‘The vessel is ideal not only for work in the shallow waters of the Arabian Gulf but also for COC’s primary area of operations, the Caspian Sea.’

Established in 2003, COC is based in Kazakhstan and is a leading supplier of offshore marine services in the Caspian Sea, which is well known for its shallow waters. Its fleet includes a Damen Stan Tug 1606 ICE, a Multi Cat 1908, two Fast Crew Suppliers 3307 and a Fast Crew Boat 1605.