Boskalis publishes book on the salvage of the Ever Given 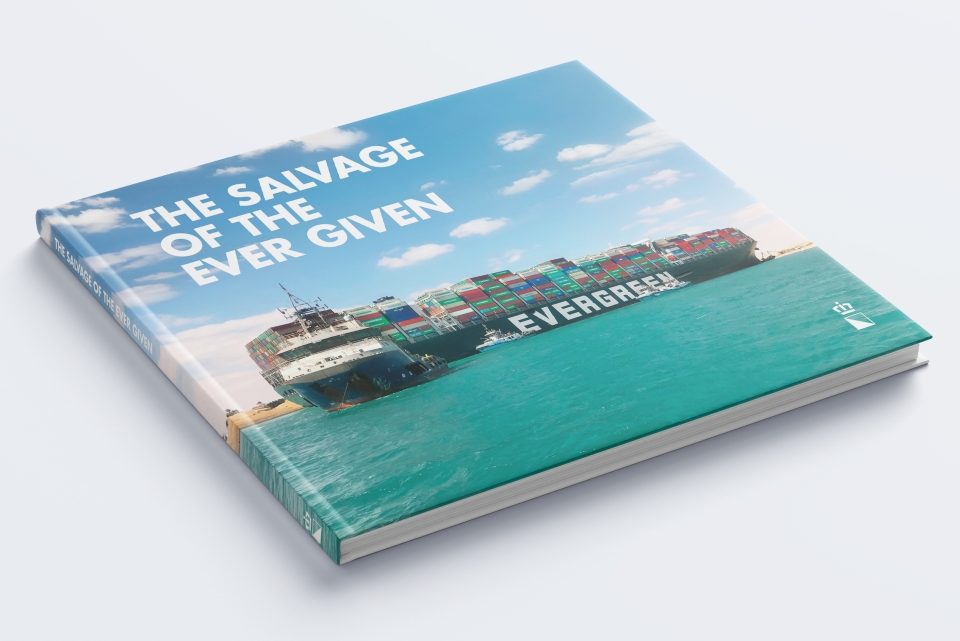 In March this year, Boskalis was at the centre of worldwide media attention during the salvage of the stranded mega container ship Ever Given in the Suez Canal. In response to many requests and because of the unique nature of this salvage operation, the company decided to publish a book reporting on this intense week.

The 20,000 TEU container ship Ever Given became world famous in March when it grounded in the Suez Canal in a sandstorm. In collaboration with the Suez Canal Authority a large group of experts from Boskalis and its subsidiary Smit Salvage succeeded in refloating the enormous vessel within a week during a spring tide and unblock the canal. This allowed the hundreds of queueing ships to continue their journey and averted a potential disaster for world trade (Lloyd’s List estimated the damage at USD 400 million per hour).

The Ever Given was detained after that and had to remain in Egypt until agreement on a settlement (undisclosed, but it was rumoured to be USD 540 million and a new tuboat) was reached. This took until July.

Also read: Pictures show damaged Ever Given in need of a ‘nose job’

Book reveals what happened behind the scenes

At the time of the salvage operation and immediately afterwards, Boskalis received numerous questions from the media and interested parties about the progress of the salvage operation and what had happened behind the scenes. Based on interviews with a large number of colleagues involved, combined with various photos, the book paints a chronological picture of what took place on board the stranded vessel with the salvage team, the shore support team in Egypt and the Boskalis offices.

The book is available in English and Dutch and can now be ordered from the Boskalis shop (shop.boskalis.com) or for domestic orders through Bol.com. The book will be shipped as of next week for EUR 9.95 plus shipping cost for international deliveries.