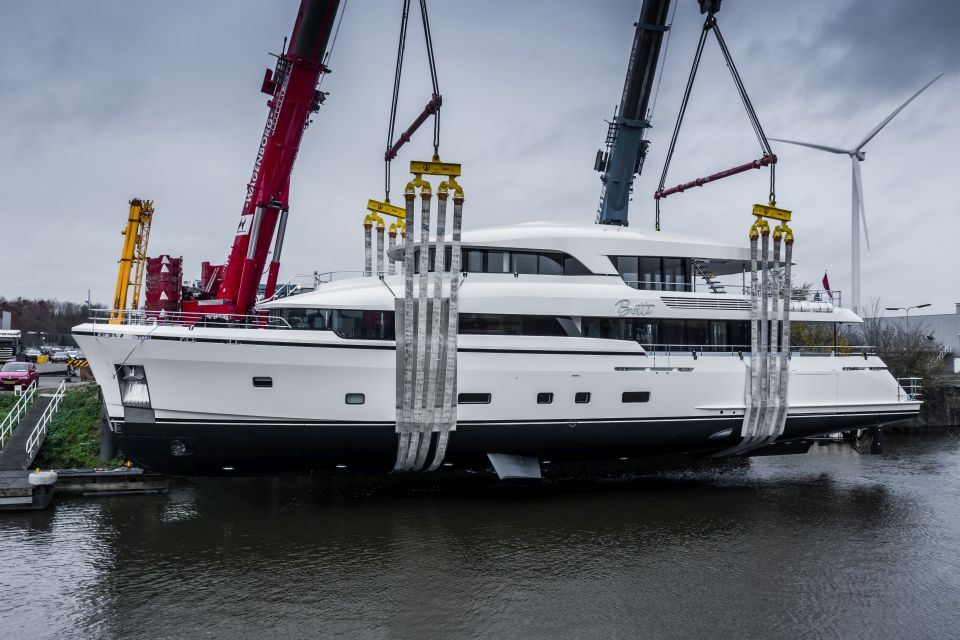 Moonen has launched the 36-metre motoryacht Botti. Designed by René van der Velden in collaboration with naval architects Diana Yacht Design and interior designers Studio Indigo, the third Martinique sets itself apart with some striking differences to its sister ships.

Owned by return clients of Moonen Yachts, the owners of M/Y Botti have been intrinsically involved in the design of their new superyacht from the moment they came on board. The most notable differences of the yacht include an extended sundeck with a total of 65 m2 with a jacuzzi.

Additional features include an impressive master suite with walk-in wardrobe, four guest rooms accessed by a private landing on the lower deck, and the Captain’s cabin that is situated on the bridge deck.

Botti will be delivered to its owners in February 2022.