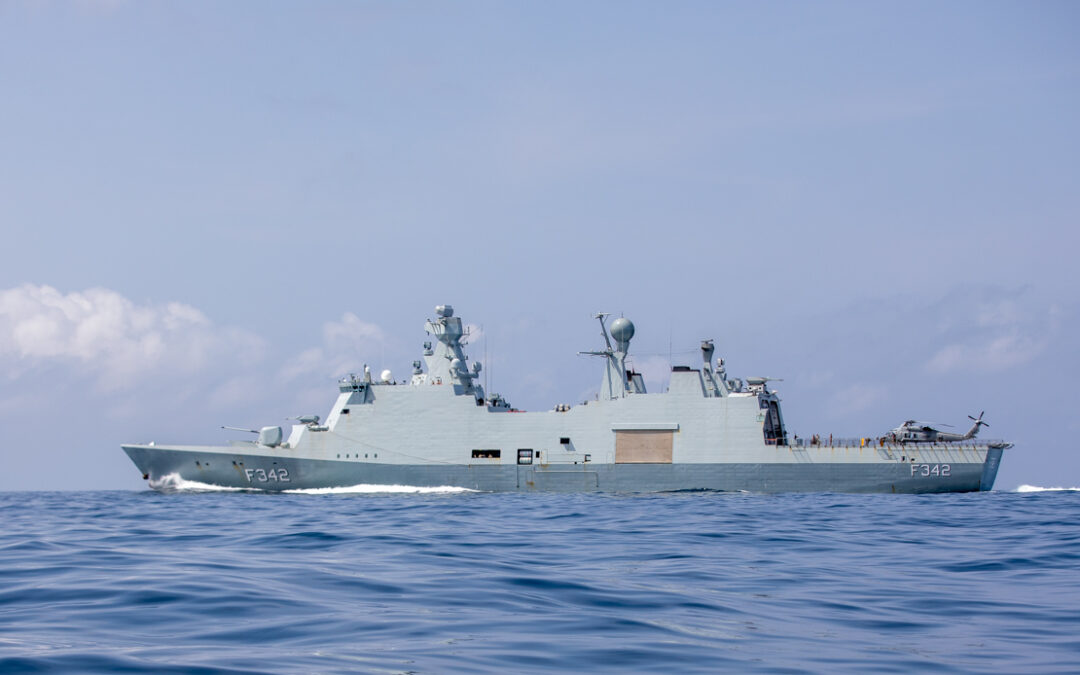 European shipowners are extremely concerned about piracy attacks in the Gulf of Guinea. The latest incident in South Nigeria, which involved pirates and Danish frigate Esben Snare and resulted in loss of life, only serves to further highlight the severity of the piracy threat in the Gulf of Guinea.

‘The situation in the Gulf of Guinea has been a top priority for the European shipping industry in the past years. The number of piracy incidents and level of violence cause great concerns for commercial shipping and for the safety and security of seafarers sailing in the area,’ says European Community Shipowners’ Associations (ECSA) President Claes Berglund.

The warning comes despite the International Maritime Bureau (IMB) recording its lowest level of piracy incidents since 1994. Incidents also decreased in piracy hotspot Gulf of Guinea; from 46 in the first nine months of 2020 to 28 over the same period in 2021. IMB said the overall reduction of piracy and armed robbery incidents in the region was a testament to enhanced maritime security and response coordination measures adopted by regional and national authorities. Yet, despite these gains, IMB also warned that the risk to crew remains high in the region.

Danish frigate in firefight with pirates

On Wednesday, November 24, the crew of the frigate Esbern Snare responded to reports of an increased risk of piracy in the waters south of Nigeria. The ship set in that direction and sent the ship’s Seahawk helicopter in advance to observe.

The crew of the helicopter found in the afternoon in an area with a number of merchant ships a fast-moving motorboat with eight suspicious men on board. On board the ship, the helicopter crew could see a number of the tools associated with piracy, including ladders.

A brief firefight ensued. No Danish soldiers were injured, but five pirates were hit. Four of the pirates died. One was injured. After the firefight, the pirate ship sank. The eight pirates were taken aboard the frigate Esbern Snare, where one wounded man was treated for his injuries. The inter-ministerial working group will deal with what should happen to the pirates.

ECSA continues to fully support the EU’s activities in the Gulf of Guinea, including the Coordinated Maritime Presence (CMP) mechanism launched in January 2021. The CMP is a positive step to coordinate member states’ resources in the region, as well as to build cooperation and capacity with the coastal states, as these actions are crucial to address this complex issue.

The recent incident with the Danish frigate, however, shows that more action is required to address this serious issue and that the presence of naval assets is key to ensure that vessels and their crew can transit safely in the Gulf of Guinea.

‘ECSA fully appreciated the commitments already made by some EU member states to deploy air and naval assets in the region over the past months and years. We would like to strongly encourage member states to consider this as an issue of high priority and to allocate adequate assets to strengthen maritime security in the Gulf of Guinea,’ Mr Berglund continues. ‘This, together with cooperation efforts and capacity building in the area, is key to safeguard trade and development in the region and globally.’

Picture: The Danish frigate Esbern Snare which is operating in the Gulf of Guinea to improve maritime security (photo: Anders Fridberg/Danish Armed Forces).