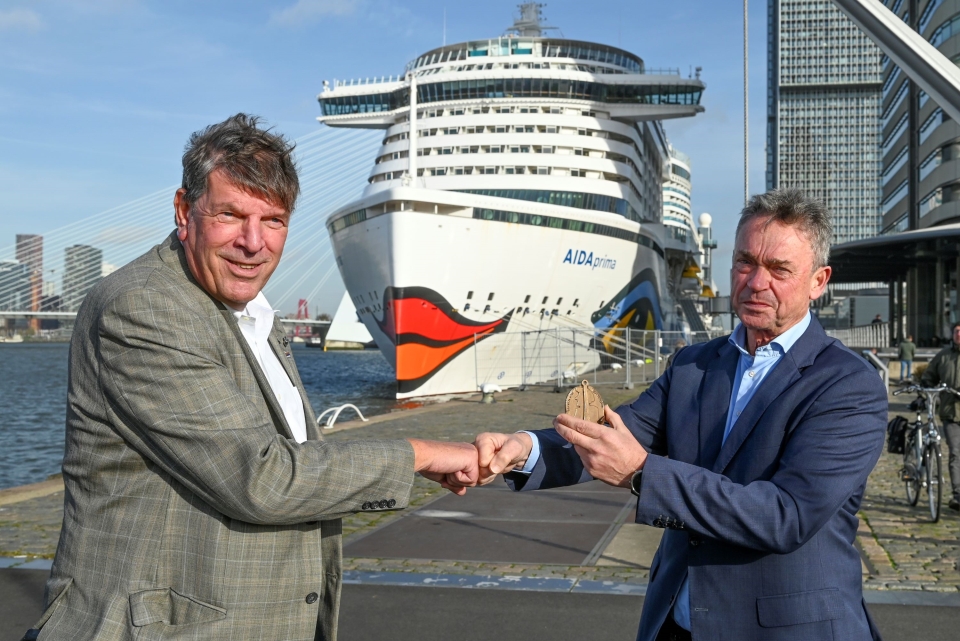 Piet Sinke, compiler of the free maritime newspaper Maasmond Maritime, received the “Sleepanker” (drag anchor) from harbour master René de Vries on 18 November. The award is a distinction of the Port of Rotterdam for persons who have made an exceptional contribution to the development of the Port.

Sinke (62) is a salvage engineer by profession. He earned his spurs at Smit Internationale and now works as an independent purchase and ship inspector from Singapore. He receives the Sleepanker because of the online paper Maasmond Maritime. This is a daily maritime scrapbook of about thirty pages which Sinke has been compiling on his own since the end of the last century. The online newspaper also regularly includes articles from SWZ|Maritime. In all those almost 24 years, the newspaper appeared every day.

The newspaper is full of maritime news from all over the world, but Sinke – who composes his newspaper in Singapore – does not deny his Rotterdam roots. It contains much positive news about the Port of Rotterdam. Currently, he sends his newspaper daily to 43,600 subscribers. For the past few years, interested parties have also been able to hear the news via the Maasmond Maritime app.

Positive image of the Port of Rotterdam

René de Vries praised Sinke’s achievement: ‘With Maasmond Maritime, Piet Sinke single-handedly makes a positive contribution to the image of the Port of Rotterdam in the maritime world. Moreover, his newspaper ensures that many seafarers are kept informed of the latest maritime news on a daily basis.’

He praised Sinke’s dedication and considered it an incredible achievement that he has been able to publish the newspaper every day for almost 24 years, seven days a week, without missing a single day.