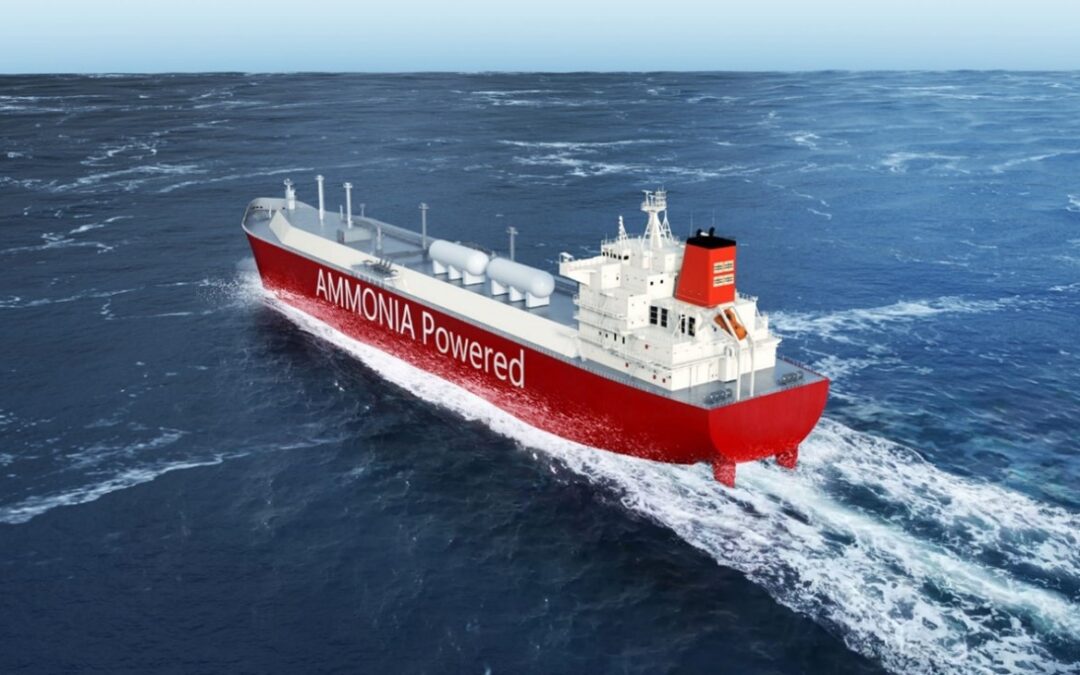 Mitsui O.S.K. Lines (MOL), Mitsubishi Shipbuilding and Namura Shipbuilding plan to develop a large-size ammonia carrier that is also powered by ammonia fuel. Ammonia is expected to be in a great demand in the future as a next-generation clean energy source that emits no carbon dioxide (CO2) during combustion.

Currently, ammonia is used mainly as a raw material for fertiliser, but its maritime transport volume is limited. In the future, ammonia is expected to be used in mixed combustion at coal thermal power plants and for use as a hydrogen carrier. Ammonia is also positioned as an important option to achieve carbon neutrality. Annual demand in Japan is estimated at 3 million tonnes by the year 2030, and 30 million by 2050. To meet this increased demand, MOL will develop a large-size ammonia carrier.

In addition, ammonia has great promise as a vessel fuel. MOL will push ahead with efforts to shift to ammonia as a vessel fuel, with the aim of deploying net zero emissions ocean-going vessels in the 2020s and achieving net zero GHG emissions by 2050. The ship’s main engine using ammonia as its main fuel is said to be under development, with the goal of introducing it as quickly as possible.