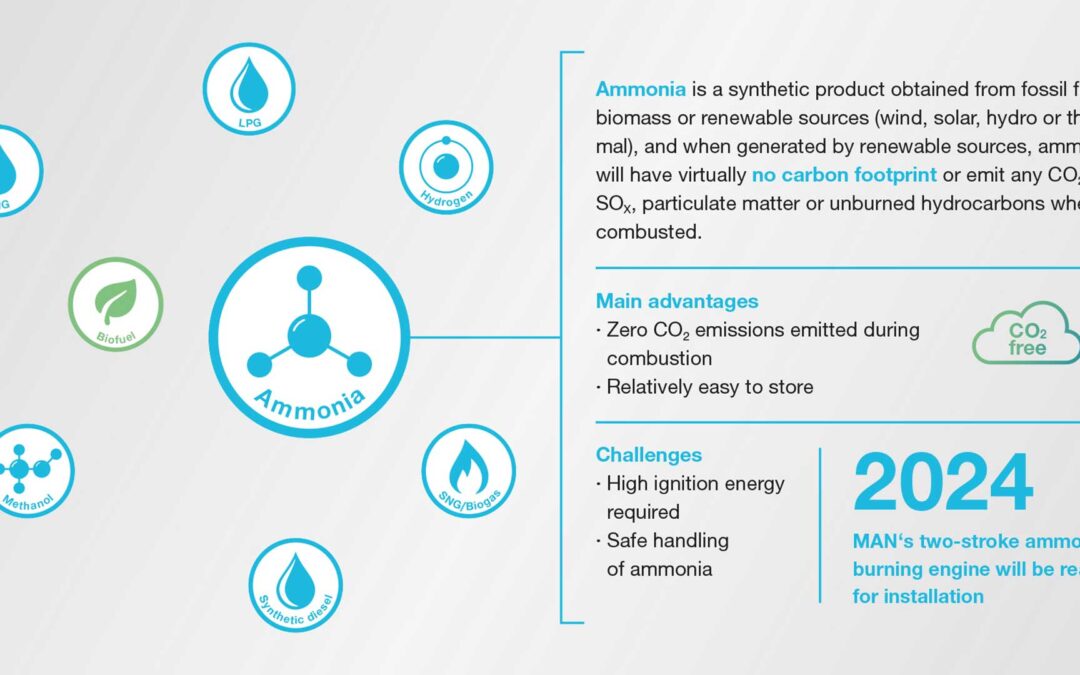 Mitsui O.S.K. Lines (MOL), MAN Energy Solutions and Mitsui E&S Machinery have signed a Memorandum of Understanding to get to the purchase contract of an ammonia fuelled main engine. Such an engine is currently under development at MAN.

Ammonia is one of the top candidates as next-generation clean fuel that does not emit carbon dioxide. MOL strives to achieve net zero GHG emissions by 2050 and to deploy net zero-emission ocean-going vessels within the 2020s. An order for an ammonia fuelled main engine is to help achieve this goal.

MAN is carrying out R&D for an ammonia fuelled two-stroke engine. Full-scale engine tests are expected in 2023 with the first such engine to be delivered to a shipyard in 2024. In April 2021, the engine manufacturer announced it had also launched the project AmmoniaMot (Ammonia engine in German). Initiated by MAN with partners from industry and research institutes, it aims to define the steps necessary to produce a dual-fuel, medium-speed engine capable of running on diesel-fuel and ammonia.