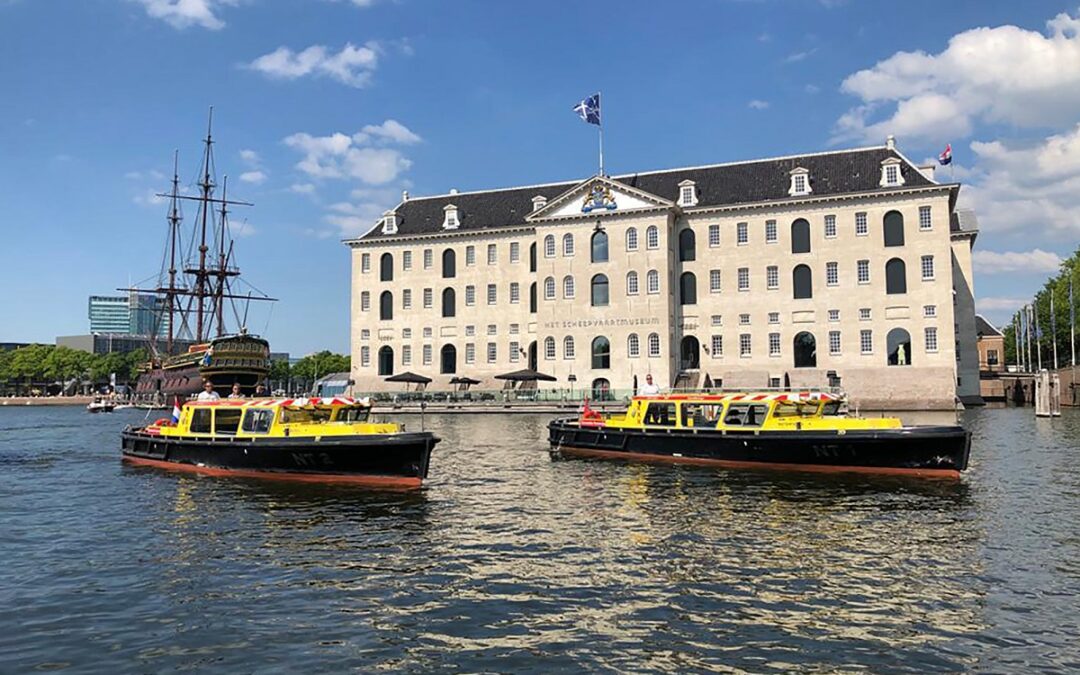 Damen Shipyards has delivered three electric Patrol Vessels 1304 to be deployed in Amsterdam. Two of the vessels, named Waterpieper and Waterhoen, were ordered by the City of Amsterdam and the third named P55 is for the Amsterdam Police. At an average speed, the patrol boats are able to operate for a full day before requiring a recharge.

The vessels were recently christened at the National Maritime Museum in the maritime heart of Amsterdam. Femke Halsema, the Mayor of Amsterdam, did the honour of christening one of the vessels as a demonstration of the importance of sustainability to the city. The sponsors for the other two were Janis Tamsma, head of the Amsterdam Police Operations Unit, and Esmeralda Wallast Groenewoud, Director of Supervision and Enforcement of Public Space (THOR).

The vessels will be used for general patrol duties in and around the canals of Amsterdam. Each is 13.5 metres in length and fitted with a single 130-kW electric motor powered by an EST-Floattech 273-kWh (Waterpieper and Waterhoen)/136-kWh (P55) battery package. The vessels’ top speed is 16 kph and at an average speed they are able to operate for a full day before requiring a recharge. The P55 is also fitted with a diesel generator for extra range when needed.

The accommodation is comprised of a wheelhouse with a dinette with all-round visibility, and each has a sanitary space and galley down below. The hulls for the vessels were built at Damen Shipyards Kozle in Poland and then shipped to Damen Shipyards Hardinxveld for outfitting and delivery.

‘They are ideal for operations in restricted inland waterways and with their full electric propulsion they will undertake their duties in a clean and quiet manner and thereby contribute to a sustainable environment,’ says Jeroen van Woerkum, Commercial Manager at Damen Shipyards Hardinxveld.

Damen has supplied the City of Amsterdam with patrol boats in the past. In 2004, it delivered a DPV 1304 with conventional diesel propulsion and another in 2013 with its first electric hybrid propulsion system. An additional two Damen Patrol Vessels 1304 Electric are on order for delivery in 2023.

Picture (top): The Waterpieper and Waterhoen at the National Maritime Museum.