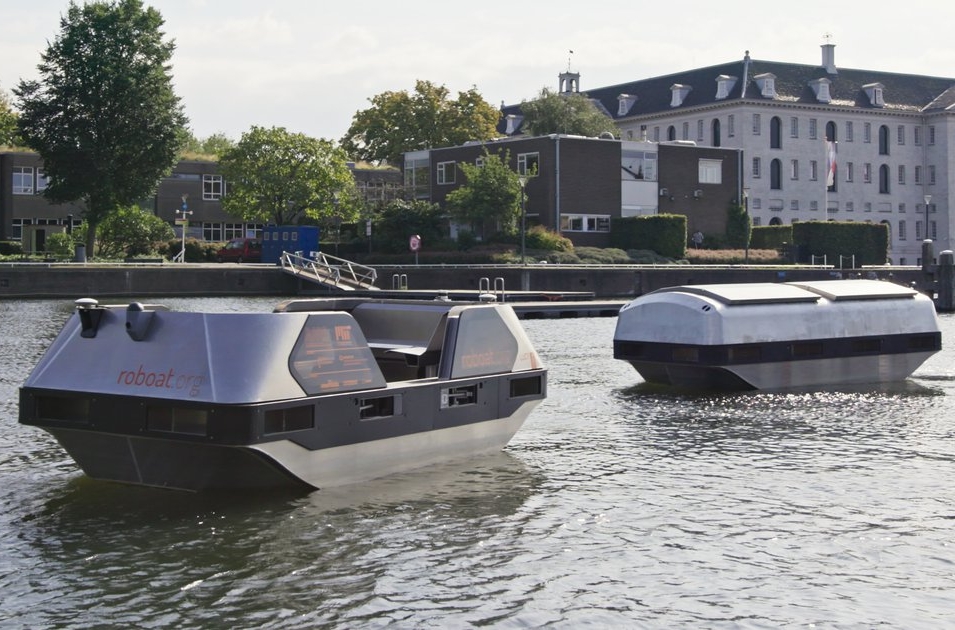 Research project Roboat has developed autonomy for two full-scale prototypes. After five years of R&D, the project by Massachusetts Institute of Technology and Amsterdam Institute for Advanced Metropolitan Solutions is ready for further pilots.

Roboat started with prototyping small vessels in the Massachusetts Institute of Technology (MIT) pool in late 2015. The first full-scale Roboat hit the water a year ago to be tested around the Navy grounds in the Dutch capital.

With two full-scale boats now sailing in Amsterdam, Roboat is more than a proof of concept. This year, the researchers and engineers focused on developing autonomy for the two prototypes, including: way-point finding, autonomously docking and undocking, and collision avoidance. Roboat is self-learning and adapts its abilities based on experiences on the water.

‘Picture being amid the hustle and bustle on the Amsterdam canals – this urban context involves tight space maneuvering, including high complexity and not a lot of structure, caused by a great variety of obstacles that can be encountered. To navigate the bustling waters of Amsterdam, Roboat needs a meticulous fusion of proper navigation, perception, and control software,’ explains Ynse Hendrik Deinema, Roboat project coordinator.

The Roboat team deploys algorithms to, among others, categorise specific objects it detects during its pathway. Tests take place at the inner-harbour of Marineterrein Amsterdam Living Lab – a testbed for innovation located in the heart of Amsterdam.

To autonomously determine a free path, Roboat uses LIDAR and cameras to enable a 360-degree view. This is also referred to as the “perception kit” and lets Roboat understand its surroundings. When the perception picks up a new object, for instance a canoe – the algorithm flags the item as “unknown”.

When the team later looks at the collected data from the day, the object is manually selected and tagged as “canoe”. This way the algorithm is trained to – in time – outperform the human eye in object recognition.

Deinema adds: ‘Every time the vessel navigates the area, it gains experiences and learns from previous situations and object encounters. As a result of the continuous feedback loops Roboat can now autonomously navigate in this area.’

The boats are also equipped with a latching mechanism. This allows the boat to connect to a docking station, or to another Roboat. By connecting to other Roboats, they can form temporary bridges to create new urban infrastructure, as well as floating stages for example.

The next step for Roboat is to commercialise the technology. Next year, the team will focus future developments on three use cases: passenger transport, logistics (waste collection) and surveying/monitoring applications.

Roboat collaborates with pioneering companies and cities to further scale up the technology. ‘Whereas autonomous shipping focuses on more straightforward trajectories, Roboat is designed to navigate dynamic and busy urban waterways, such as the Amsterdam canals. which makes Roboat relevant for delta cities and harbour areas world-wide,’ says Stephan van Dijk, director of innovation at Amsterdam Institute for Advanced Metropolitan Solutions (AMS Institute). ‘It also creates new possibilities for flexible urban infrastructures. Combined with its ability to perform its tasks 24/7, Roboat can add great value for a city.’

With 165 canals winding alongside busy city streets, about a quarter of Amsterdam’s surface area is water. Five years ago, MIT and AMS Institute set the ambition to develop a fleet of autonomous vessels. An idea that was born to alleviate pressure from Amsterdam’s busy city centre and re-imagine the Amsterdam canals.

Picture by MIT and AMS Institute.