Autonomous Roboat ready for trials on the Amsterdam canals 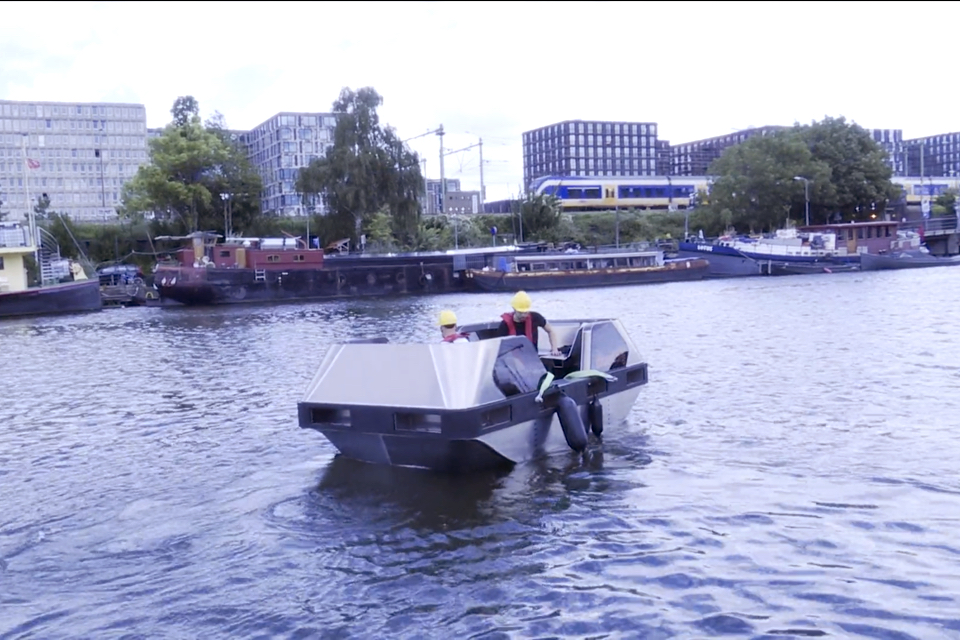 Soon, an autonomous boat will sail the canals of Amsterdam, transporting goods or people, collecting waste or serving as a floating platform and bridge. The first large “Roboat” will be tested around the Navy grounds in the capital in the coming months.

In the future, the autonomously operating boats should relieve the city centre of Amsterdam of traffic over the quays and bridges.

Roboat, a research project of Massachusetts Institute of Technology (MIT) and Amsterdam Institute for Advanced Metropolitan Solutions (AMS Institute), previously developed prototypes of the boats on a smaller scale. The first larger robot boat that will now be tested measures 2 by 4 metres. ‘This relatively small size makes the boat well suited for use in an urban environment,’ says Carlo Ratti, Principal Investigator of the Roboat project.

Several upper decks can be placed on the hull of the boat, allowing the vessel to be used for multiple activities.

The full-scale Roboat is equipped with an improved perception sensor kit that combines LIDAR (Laser Image Detection and Ranging), GPS, DVL (Doppler Velocity Log) and camera-based object detection, which enables the vessel to observe and scan the canals for path-finding and obstacle avoidance. When Roboat encounters an object in the water, the boat determines whether it is stationary or moving and measures the proximity and directionality of the object. The vessel then calculates the best manoeuvre to avoid the obstacle. After passing the obstacle, Roboat resumes its optimal route.

Roboat is self-learning and adapts its abilities based on experiences of how manoeuvres are executed. Next to this, algorithms learn to recognise the behaviour of different types of objects and other boats on the water. Moreover, over time as the system collects, stores and analyses more information as it navigates the canals, it will be able to operate more efficiently. The 12-kW battery currently provides nine hours of non-stop operating time, which enables the possibilities for various use cases, such as collecting waste.

It will still take some time before the boat is actually put into use. The use case for waste collection will be piloted in 2021 when also a second boat will be deployed. ‘With two boats on the water also the interaction between boats can be further developed, as well as the possibility to create bigger autonomously moving platforms by latching the boats,’ says innovation director of AMS Institute Stephan van Dijk.

Picture (top): The top-deck that enables Roboat to transport people has a capacity for five people.